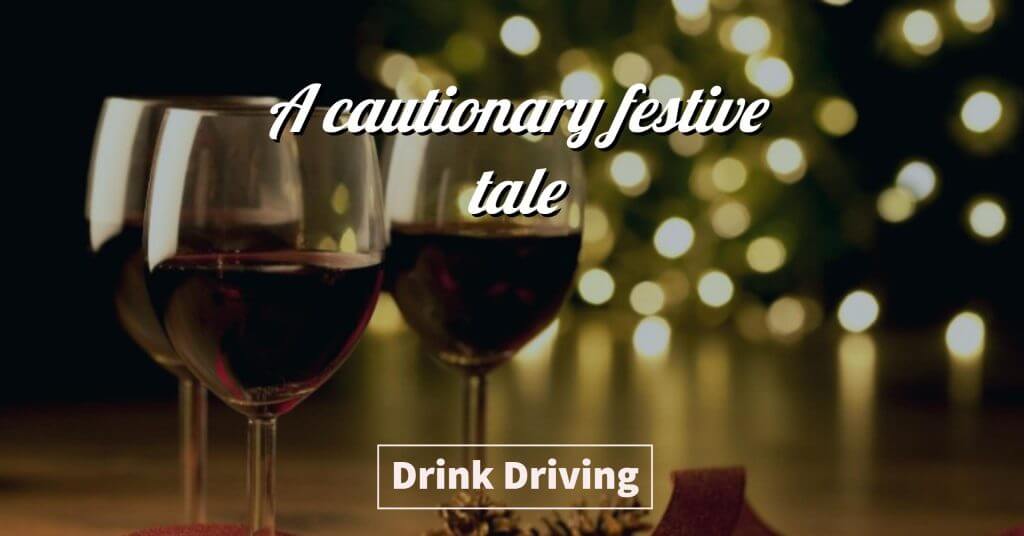 It was the night before Christmas and Santa, a little concerned about the busy...

It was the night before Christmas and Santa, a little concerned about the busy night ahead, should probably have turned down Mrs Claus’ kind offer of a little sherry – “just to calm the nerves”……but what harm could it do?

He was confident that one measure of Croft Original would not put him over the legal limit of 35 micro-grams of alcohol in 100ml of breath – certainly not once he had factored in the generous helpings of mince pies that would undoubtedly feature throughout the evening. Besides, Rudolph (despite his red nose suggesting otherwise) was always sober as a judge and could be relied upon to keep Santa on the straight and narrow.

And so, as the Eve of Christmas began, cockles slightly warmed by the sherry, Santa saddled up Rudolph and the other reindeer and begun his night’s work. As the evening progressed, he consumed plenty of sobering mince pies kindly left by excited and expectant children. He also could not resist the odd extra “tipple” of sherry – just to wash them down, you see.

Santa would always maintain that the Nantwich Christmas lights in which he subsequently found himself, his sleigh and his reindeer entangled upside down, were not illuminated before he crashed into them and, as such, the accident was almost inevitable – certainly not attributable to the fact that he was over the limit according to the roof-side breath test he had just failed. However, PC Grinch had only limited sympathy, he had seen it all before – and whilst he took no pleasure in arresting Santa and taking him to the local cop shop – what else could he do? Furthermore, whilst the officer pitied the children affected by Santa’s arrest and detention, he was more concerned about trying to house half a dozen reindeer on Christmas Eve!

And so it came to pass that this Christmas Eve, instead of delivering the many lovely gifts to the deserving (and less deserving) children of Cheshire and beyond, Santa found himself arrested, hand-cuffed and taken to the Police Station to be placed on the official breath test machine.

However, this cautionary tale ends happily ever after. It would seem that Santa had the good sense to request legal representation when at the police station. Although marginally over the limit (that last mince pie not quite soaking up enough of the booze) Santa’s lawyer (from Poole Alcock’s specialist motoring team, of course) merely pointed out to the somewhat bewildered custody sergeant that Santa’s sleigh was Reindeer powered – and therefore did not meet the definition of “a mechanically propelled vehicle” pursuant to section 185 of the Road Traffic Act 1988.

A lucky escape for him, a great relief to the children…..and a lesson for us all – even the best of us can get carried away with festive cheer and get caught out. And unless you happen to be driving a flying reindeer powered sleigh you are likely looking at a 12 month ban from driving at the very least – BAH HUMBUG!