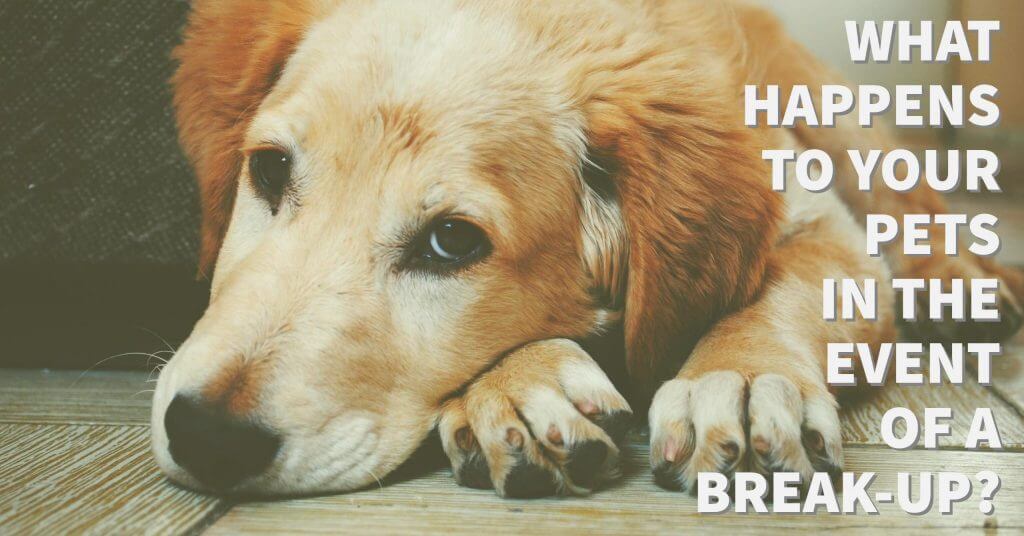 Should family pets still be classed as property?

Many couples are advised upon commencing their relationship to put an agreement in place...

Home > Should family pets still be classed as property?

Should family pets still be classed as property?

Many couples are advised upon commencing their relationship to put an agreement in place to protect their assets. With our pets being a major influence and part of our everyday lives, it seems somewhat outdated that they still are classified as ‘property’ in law. The Blue Cross is trying to move away from this and is now actively encouraging couples who purchase any pets during their relationship to enter into a ‘pet nup’ with dogs and cats being the most fought over animals.

A ‘pet nup’ is a document normally drawn up by Solicitors setting out a couple’s intentions or plans for their pet’s future in the event of a separation and/or divorce.

Within the UK, pets are currently considered chattel, although in reality a lot are treated as a member of the family and are akin to children of the marriage. It is becoming more common for the family pets to be referred to within divorce proceedings following a separation or Divorce. With it being estimated that 56% of women retaining ownership of the pets and only 29% of men retaining ownership, the thought behind the ‘pet nup’ is that by entering into it, it will slow the number of pets being taken to shelters due to agreements not being reached. This is due to figures indicating that of those who cannot decide who should keep the pet, 15% decided to give the pet to a family friend, 12% to family members and 6% to pet charities such as Blue Cross.

The Blue Cross has confirmed that four pets each week are taken to one of their centres following a relationship breakdown with no agreement on pet ownership being reached.

So, is a pet-nup legally binding? The Pet Nup is intended to be legally binding and can be used as evidence as to legal ownership should Court action be necessary. The document sets out the rights of ownership in the event of a divorce or breakdown of a relationship, however, it is worth noting that there could be elements of the agreement that the Court will not enforce.

Is this the beginning of our pets being declassified as ‘property’ and being recognised as having a legal identity of their own, It is something that many will be keeping an eye on with bated breath. If you’d like to consider a pet-nup, please get in touch with our specialist family and divorce lawyers via our contact form.