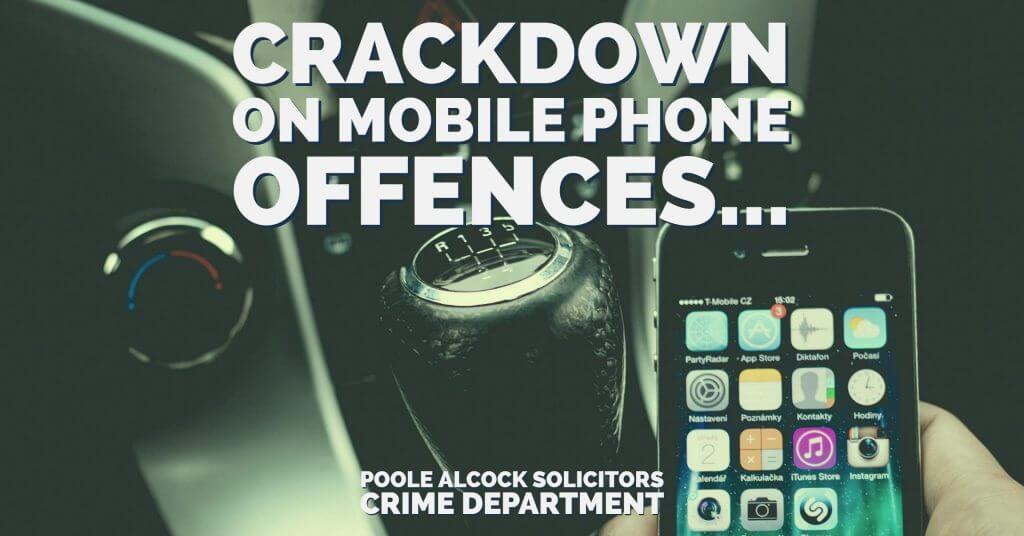 Many people attempt to use their mobile phone whilst driving, whether it’s to give someone a call, to change the music choice or to use navigation. However, using your mobile phone whilst driving is a criminal offence and, up until today the 1st March, if you were caught you could get three penalty points on your licence and a fine of £100. However today marks the day when the penalty doubles to 6 points and a £200 fine. It is the date the offence is committed that counts, so if you have been caught prior to the 1st March, but are awaiting prosecution then the penalty is still 3 points.

Under the new sentencing regime, if you are a new driver, i.e. one who has held their licence for less than 2 years, then one conviction for this offence will see your licence revoked and you will then need to take another full driving test to get back on the road. As to the effect on your insurance – well you can imagine!

Scarily, mobile phones are one of the biggest causes of motoring accidents. It is estimated that 1 in 4 motor accidents are linked to the use of mobile phones whilst driving and that, the Government would say, is the justification for increasing the penalties for such an offence.

Think! are holding their own campaign to promote awareness among drivers and take a zero tolerance approach, including the prohibition of using “hands free” devices. See their ‘Switch off before you drive off’ campaign here – http://think.direct.gov.uk/mobile-phones.html

It is worth noting that, at least as the law currently stands, it is not illegal to use a “hands free” mobile phone whilst driving – pushing buttons on your phone whilst it is held in a cradle is not an offence. That said, use of your phone in this way opens you up to allegations of driving without Due Care and Attention – if you had an accident in such a scenario you would almost certainly face prosecution for “Due Care” which carries even harsher penalties.

The new sanctions are expected to act as a deterrent and enforce a different mind set within drivers towards using their mobile phone behind the wheel. It will be interesting to see whether the new penalty regime enforces such a change in attitude.

If you’ve been charged with a road traffic offence, then visit our Motoring Advice Lawyers website to speak with one of our specialist road traffic solicitors to find out how they can help you.