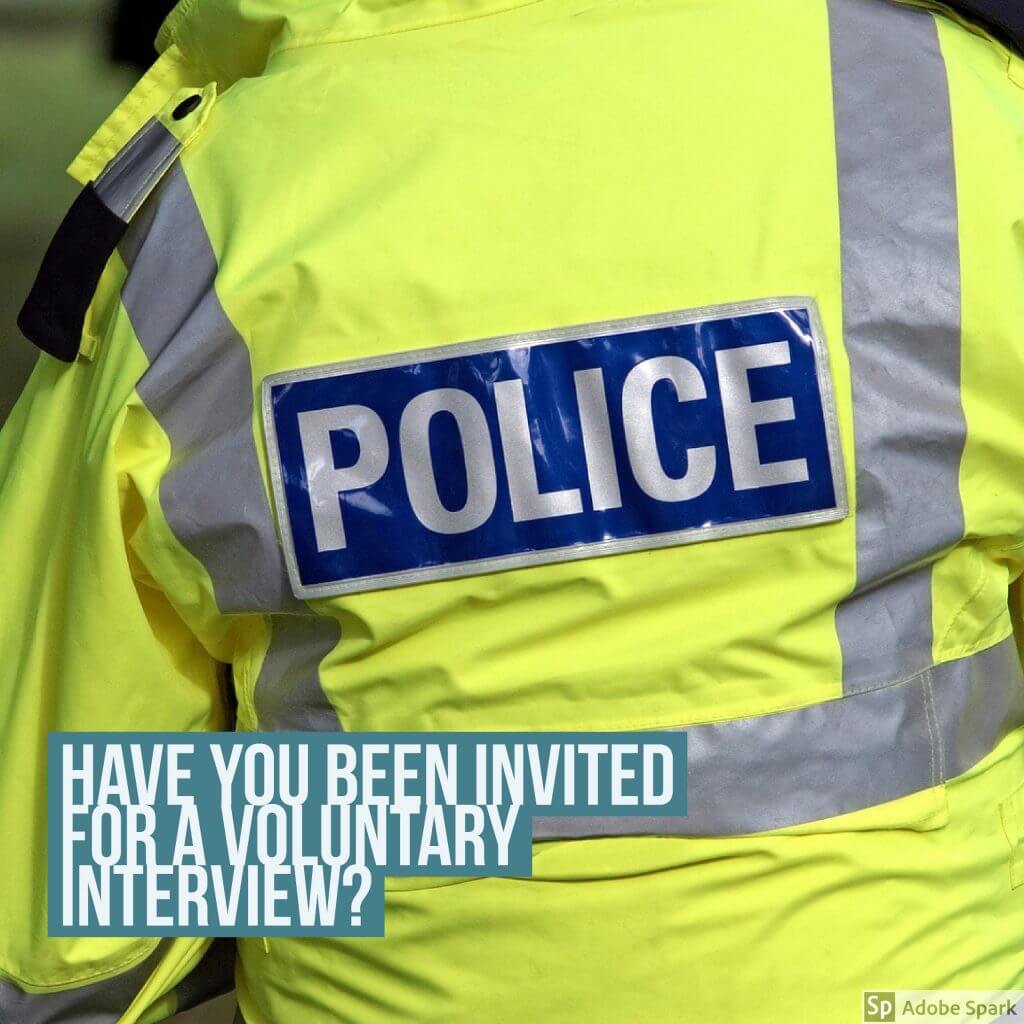 Have the police invited you to a “Voluntary Interview”?

There has been a massive change in the way police investigate criminal allegations in...

Home > Have the police invited you to a “Voluntary Interview”?

Have the police invited you to a “Voluntary Interview”?

There has been a massive change in the way police investigate criminal allegations in the last 12 months or so. This seems to have gone pretty much unnoticed. Instead of the traditional process of arresting a suspect and interviewing them, it has become much more common for the police to invite a suspect in for a Voluntary Interview or “Voluntary Attendance”. For the police, a voluntary interview is no doubt cheaper and easier. A voluntary interview also removes much of the pressure on them to progress the investigation as quickly. For you, as a suspect, it is much less stressful and intimidating than being arrested and detained in a police cell.

Be warned, despite the much more informal “invite” this is not a relaxed off the record chat over tea and biscuits. The inverted commas around the phrase “Voluntary Interview” above are there for good reason. If you do not co-operate in this process the police could instead decide to arrest and detain you in order to ask their questions. Also, the interview itself has exactly the same legal importance as if a suspect were arrested and detained.

Although Voluntary Interviews are nothing new, they used to be preserved for the less serious offences. Now they are routinely being used for some of the gravest alleged crimes, but people are far less likely to be legally represented.

What can you expect at a Voluntary Interview?

Well, firstly this is a formal interview Under Caution – that’s the bit where the police start by saying “you do not have to say anything but it may harm your defence if you do not mention when questioned something which you later rely on in Court…..”. Secondly it will be recorded either on tape or digitally. Thirdly, you may well have your photograph and fingerprints (well hand scan) taken. Finally, and crucially, you have the right to have a solicitor present.

It is vital that you exercise this right to have legal representation. It is free and the solicitor is independent of the police. He or she will make the process an easier one for you.

The solicitor will receive disclosure from the police about the evidence against you. They will then sit down with you in private in advance of the interview and advise you of your options. If this is a voluntary process one such option is to walk away. If you do consent to go ahead the solicitor will then sit with you throughout the process to ensure everything is done properly and fairly

Sadly, we are finding more and more people contacting us after they have been through this process, and we are hearing the same thing time and time again – “I thought it was just a chat with the police officer, it was only when the interview started that I realised I should have had a solicitor with me…and by then it was too late”.

Our advice is simple

Do not go through this process alone. Poole Alcock has a team of very experienced lawyers specialising in criminal defence. So if you, or anyone you know, is contacted by the police for a “Voluntary Interview” contact us immediately. Telephone us on 0800 037 2226. Our experts are available 24hrs/day, 7 days a week and representation at the police station are free for all.