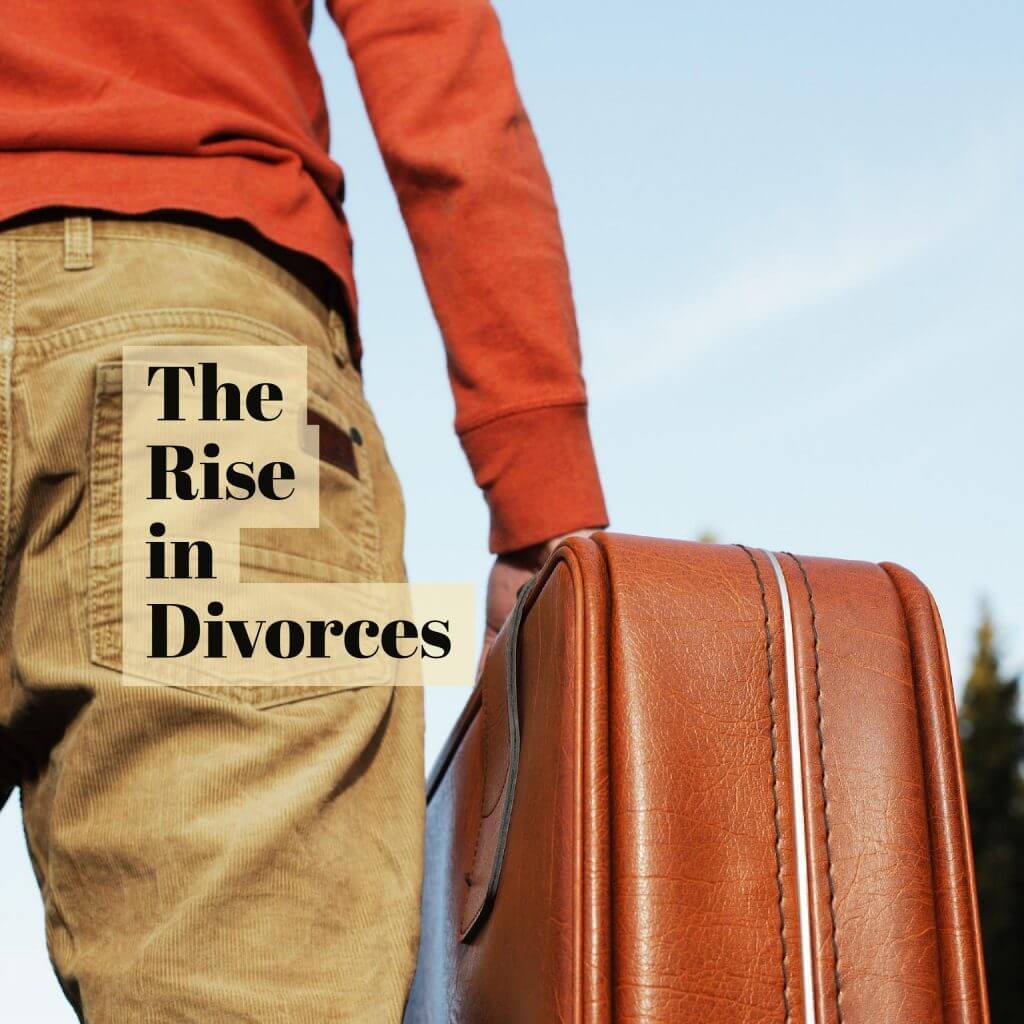 The Rise in Divorces

We all know at least one person that has been affected by divorce. The...

Home > The Rise in Divorces

The Rise in Divorces

We all know at least one person that has been affected by divorce. The latest statistics show that there has been a rise in the number of divorces in 2016. In fact, there were 106,959 divorces of opposite-sex couples that year. This is a 10.9% rise when compared to the figures obtained in 1985. It equates to 8.9 divorces per 1,000 married men and women. Of course, the reasoning behind a divorce will always be individual to the couple involved. There are, however, two predominant reasons suggested to be behind the 2016 rise.

There is a school of thought that suggests the aftermath of the recession, coupled with the uncertainty of Brexit, have put a strain on married couples. After all, the amount you earn will have a direct effect on your living standards and quality of life. Making it through financial ups and downs can be difficult for some couples.

Perhaps contrary to popular belief, money problems will not always be because of lack of money. However, mismanagement of household debts can often be a reason behind arguments. It could also be considered to amount to one of the grounds for divorce, ‘unreasonable behaviour’.

Are divorces easier to obtain?

With the help of an experienced lawyer, it is true that a divorce can be relatively straightforward. An experienced Lawyer will only advise you to commence divorce proceedings if you are certain that the marriage has irretrievably broken down i.e. there is no possibility of reconciliation. In order to evidence that the marriage has broken down, you must provide evidence to the Family Court that this is the case. This is done by proving one of five facts; Adultery, Unreasonable Behaviour, Two Years Separation, Desertion or Five Years Separation.

Unreasonable behaviour accounts for 96% of divorces among men and 93% among women. This behaviour can be anything from your spouse not contributing to household chores to domestic violence or abuse. With such a wide interpretation as to what is considered to be unreasonable behaviour, it doesn’t take much to find some reasoning behind initiating divorce proceedings. After all, nobody is perfect.

Is it really all negative?

Whilst there has been an overall rise in the number of divorces in 2016, it would appear that in previous years the figure has actually dropped and the overall trend appears to be downwards. Good news for the newlywed!

However, if you feel like your relationship has come to an end, please do contact our expert family lawyers based in our offices throughout Cheshire who will guide you through your options and ensure you are equipped with all of the necessary information in order for you to make an informed decision about your future.

We have family solicitors at all of our offices across Cheshire. Click here to book an appointment. Alternatively, you can visit our Divorce and Family services page here.