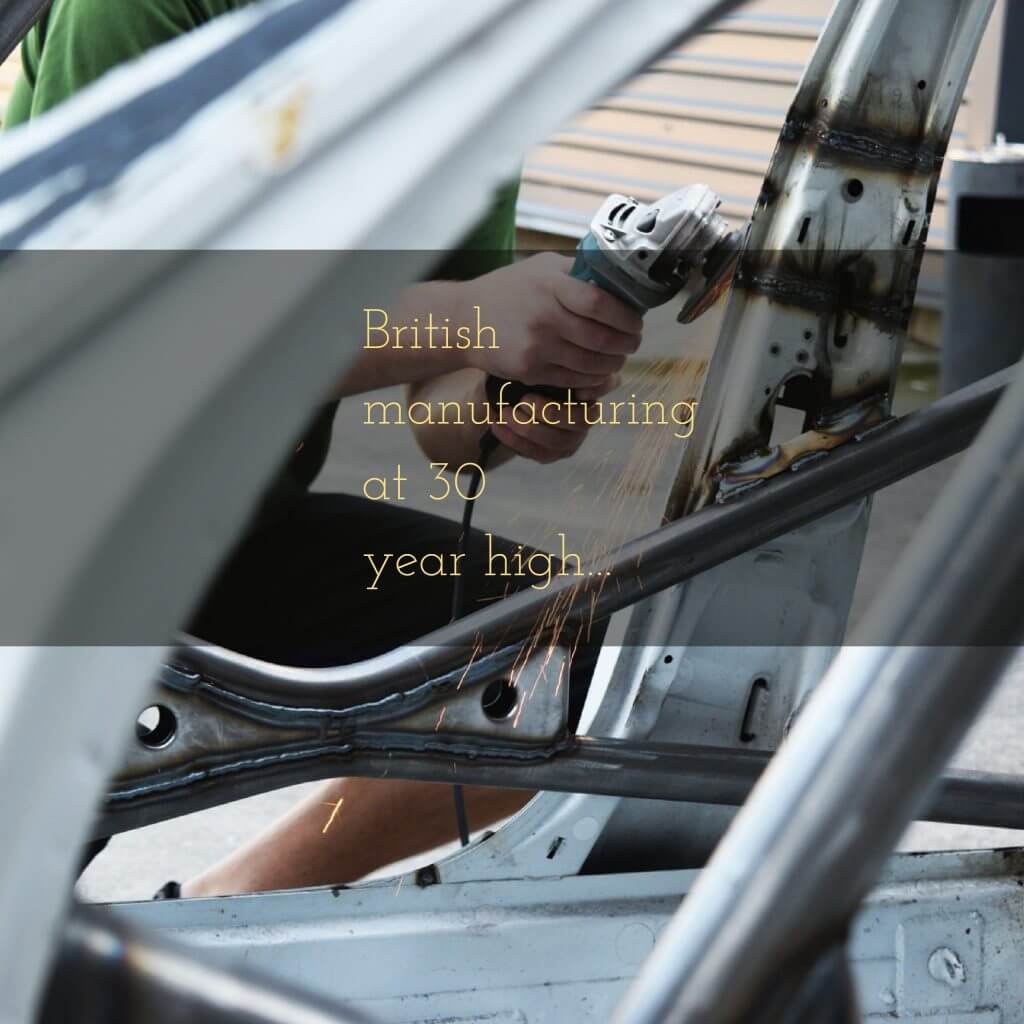 British manufacturing at a 30-year high…

Strong economic performance in the Eurozone and the fact that the pound has been...

British manufacturing at a 30-year high…

Strong economic performance in the Eurozone and the fact that the pound has been steadily depreciating in value since the Brexit referendum, have together had a buoying affect on Britain’s manufacturing industry.

It is reported that roughly 42% of British manufacturers have increased their outputs to fulfil the biggest order books since 1988.

Most of the surge in demand is coming from overseas countries, particularly in the Eurozone, in what is being termed an ‘export boom’ by analysts.

It remains to be seen whether this growth can be sustained into 2018, and beyond.