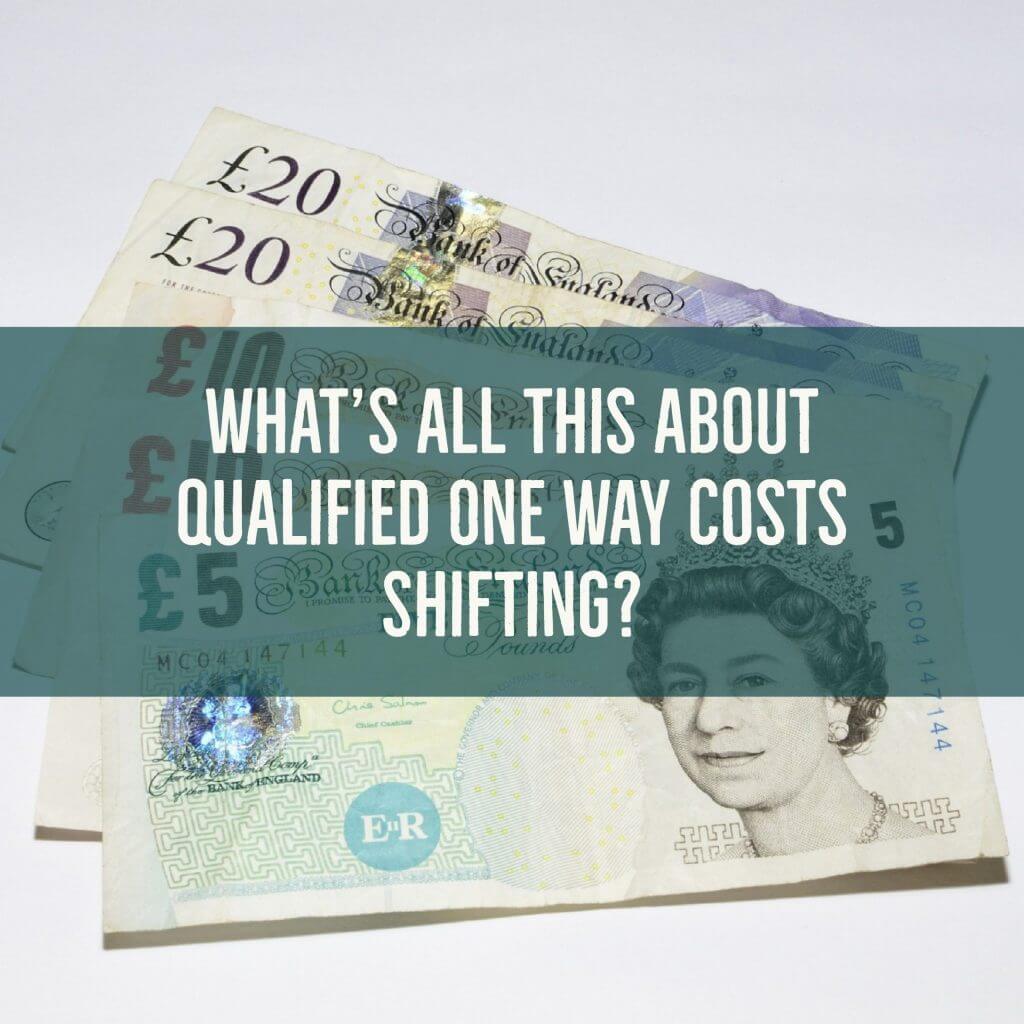 What’s all this about Qualified One Way Costs Shifting?

Home > What’s all this about Qualified One Way Costs Shifting?

What’s all this about Qualified One Way Costs Shifting?

What is Qualified One Way Costs Shifting?

Qualified One Way Cost Shifting (QOCS) was brought into being by Lord Justice Jackson in 2013; after an overhaul of the recovery of costs in personal injury claims.

Whilst it sounds terrifying it was actually brought in to protect people making claims.

With ‘no win no fee’ claims, where someone is successful in claiming compensation, they are entitled to recover the majority of their legal costs from the losing party.

If unsuccessful, QOCS prevents the other party from trying to recover their legal costs from the person who brought the claim.

This is all very well in an ideal world, however there are provisos. If a fraudulent claim has been brought then quite understandably, the other party can recover the cost of their wasted time in defending the claim. QOCS does not apply in these sort of situations.

However, more of a grey area lies in situations like in the recent case of Corstorphine (An Infant) v Liverpool City Council (2018) where the ‘no win no fee’ agreement had been entered into before 2013, before QOCS even existed. Two further Defendants were added into the claim after 2013. Would QOCS now apply?

The claim was unsuccessful and the Judge at first instance held that the Claimant should pay the costs of the further two Defendants. How could this be? The first instance Judge had only looked at the date on the ‘no win no fee’ agreement and applied the law as at that time. Was this the right approach to take?

The claim went to the Court of Appeal and was recently heard in February this year. The Court of Appeal held that the purpose of QOCS was to give protection to people bringing claims and therefore as the two further Defendants were brought into the claim after 2013, the Claimant did have the benefit of QOCS and did not have to pay their costs.

This is a reassuring case for anyone bringing a claim. It sends a clear message that the underlying purpose of QOCS remains true; it is there to protect.

If you are interested in making a claim and would like to discuss this further, please feel free to give our personal injury team a call on 01270 762325. We would be more than happy to help. Alternatively you can visit our Personal Injury services page here or complete this form for a call back.