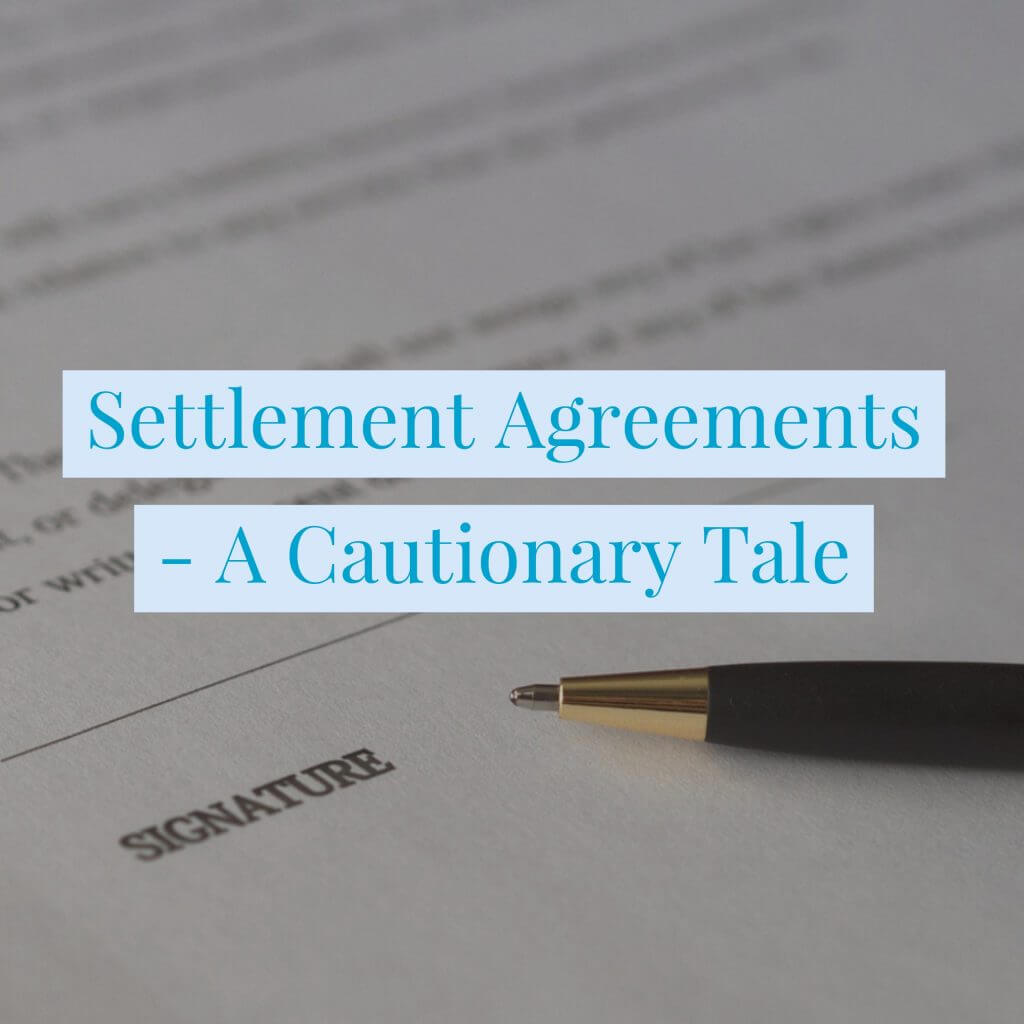 Drafted properly, settlement agreements are a good way to draw a line under a particular circumstance. However done incorrectly, they can do more harm than good.

A company had instructed a firm of solicitors to aid in the acquisition of an oil exploration opportunity in Russia. Part of the process was to deal with a share purchase agreement to acquire a Russian company. In 2010, the solicitors invoiced for their services but the (petroleum) company didn’t pay, and went on to change solicitors.

It was later found that the share purchase agreement had not been properly effected. As a result the company did not actually have the ownership it thought it had in the Russian company. Thus a claim was brought against the solicitors for breach of contract and negligence.

The legal question was whether this later claim had been dealt with by the settlement agreement signed by the solicitor, the company and the company’s director thus barring it from being pursued.

The High Court decided that the negligence claim was covered by the settlement agreement, and so was barred and on appeal, the Court of Appeal upheld the decision of the High Court.

The settlement agreement had been drafted so widely as to include not only the initial claim for the outstanding invoice of the solicitors but also ‘all or any claims’ which either of the parties had or could have had against each other, at that time or in the future, that arose ‘out of or in connection with the Action or the invoice’- even if they didn’t know such claims existed at the time of signing.

As the negligence claim was reliant on the alleged substandard performance of the same legal services the solicitors were claiming payment for in the invoice and the Action (the debt recovery proceedings brought by the solicitors), a connection existed. Thus, the claim was dismissed because it had been agreed via the settlement agreement that the sum paid would negate all rights to bring all claims which had a connection with the debt that had been outstanding (and the subsequent action brought by the solicitors).

Settlement agreements should be made with clarity and caution. It is important to ensure the agreement says exactly what you want it to say and no more. Speak to our experienced Litigation team if you require advice on any aspect of a settlement agreement.