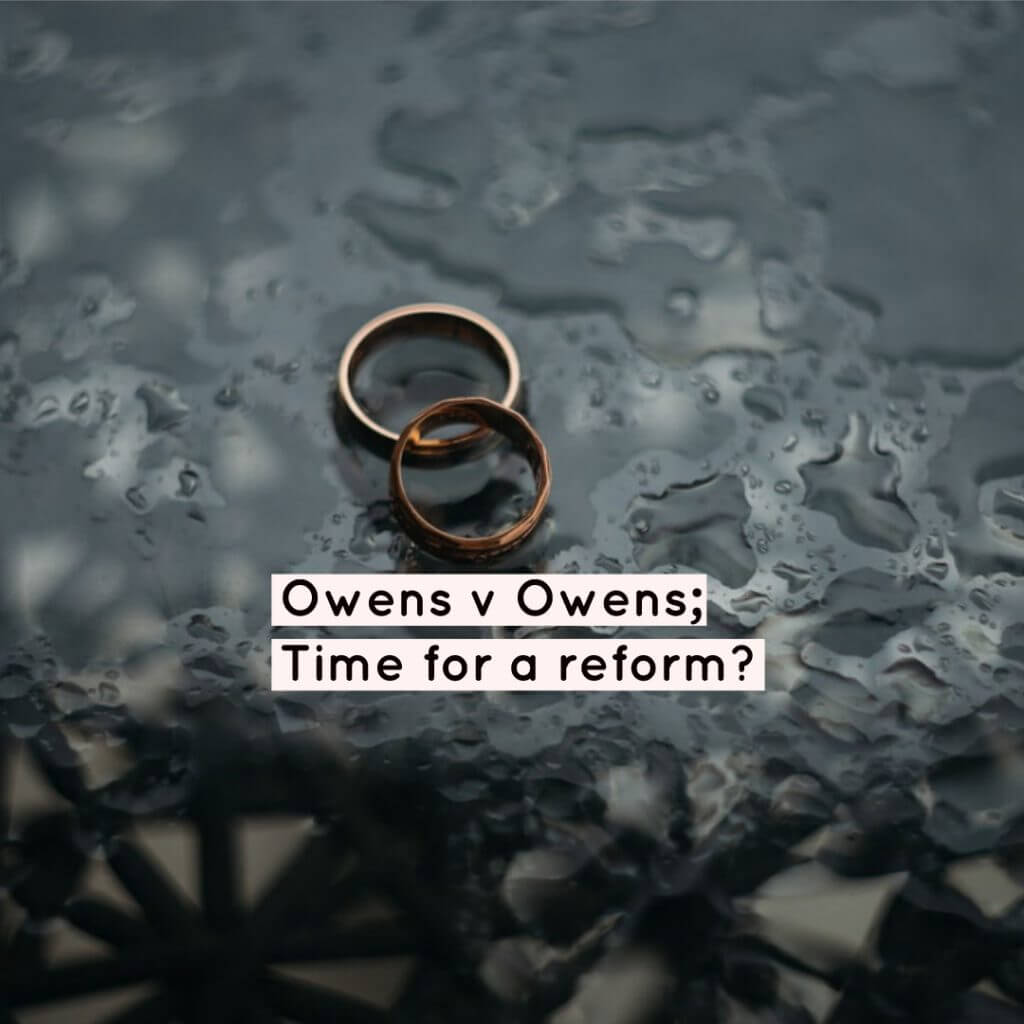 The only ground for divorce is that the marriage has irretrievably broken down. In...

The only ground for divorce is that the marriage has irretrievably broken down. In order to show that this has happened, the Petitioner must prove one of the following to the Court:

There have, however, been calls from family solicitors for the divorce laws to be reformed to remove any element of blame, moving to a ‘no-fault divorce’ system. Attempts have even been made for the Courts to take a lead. This is seen in the recent Supreme Court case of Owens v Owens.

Mrs Owens applied to the family court for a divorce. This was on the grounds that the marriage had broken down irretrievably and that Mr Owens behaved in such a way that she cannot reasonably be expected to live with him. Mr Owens opposed to the divorce. He stated that they still have a ‘few years’ to enjoy together, even if that meant not living together.

In the family court ruling in 2015, Judge Toulson refused to grant a divorce petition on the basis of her allegations. The Judge found they were ‘minor altercations of the kind to be expected in marriage’.

Mrs Owens appealed against this decision to the Court of Appeal. However, the appeal judges examined the case and upheld the original ruling revealing that Judge Toulson had correctly concluded that the marriage had not ‘in law’ irretrievably broken down. It was decided that the examples of behaviour were isolated and flimsy.

Lady Hale, Supreme Court President, has since said that she found the case very troubling. She stated, however, that it was not for Judges to change the law, confirming that their role is simply to interpret and apply the law.

However, there may be light at the end of the tunnel.

A private members’ bill has been introduced which, if passed by parliament, would allow for a review of the law on divorce and separation. It also proposes a new divorce process where either or both parties could begin divorce proceedings and then confirm the divorce nine months later without alleging fault.

So, is a no-fault divorce system on the horizon? Watch this space.

We have Family Solicitors at all of our offices across Cheshire. You can arrange an appointment by completing this form. Alternatively, you can visit our Divorce and Family services page here.