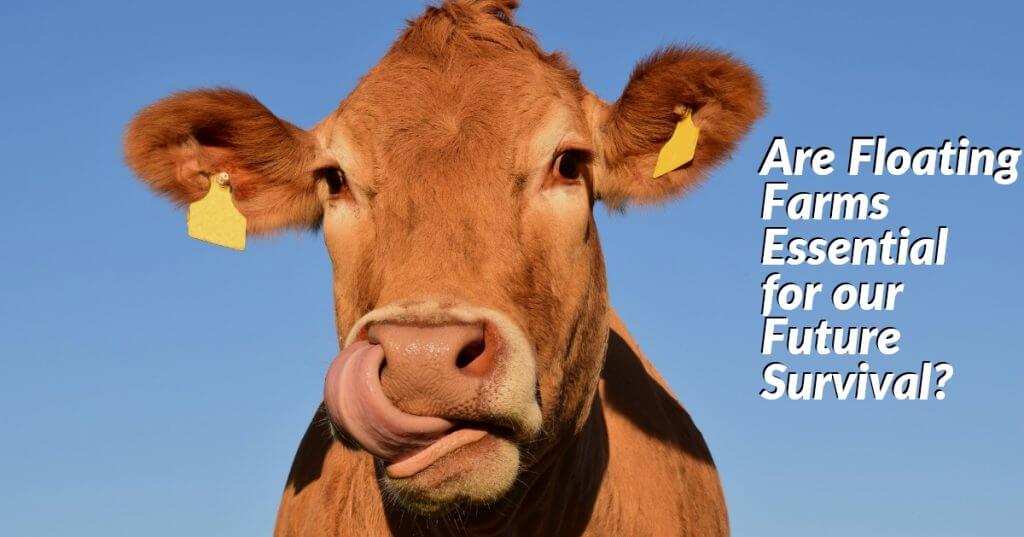 Are Floating Farms Essential for our Future Survival?

A Dutch property company, Beladon, is launching a “floating farm” in the port of...

Home > Are Floating Farms Essential for our Future Survival?

Are Floating Farms Essential for our Future Survival?

A Dutch property company, Beladon, is launching a “floating farm” in the port of Rotterdam.

The farm, built on three levels and anchored to the ocean floor, will be home to 40 cows, all of whom will be milked by robots in order to produce around 800 litres of milk a day.

The obvious question is why do we need such a farm?

The farm will enable food to be produced closer to the city, and therefore closer to the majority of consumers.  This cuts down on the pollution and cost of transport, which will become even more important if predictions for population growth prove to be correct.

It is estimated that the world’s population will increase from around 7.6 billion today to 9.8 billion by 2050.  In the same timeframe, the proportion of people living in cities is expected to increase from 55% to 70%.

The project is sure to raise questions about animal welfare and noise pollution, but Beladon will hope that their innovative idea proves to be the future of farming.