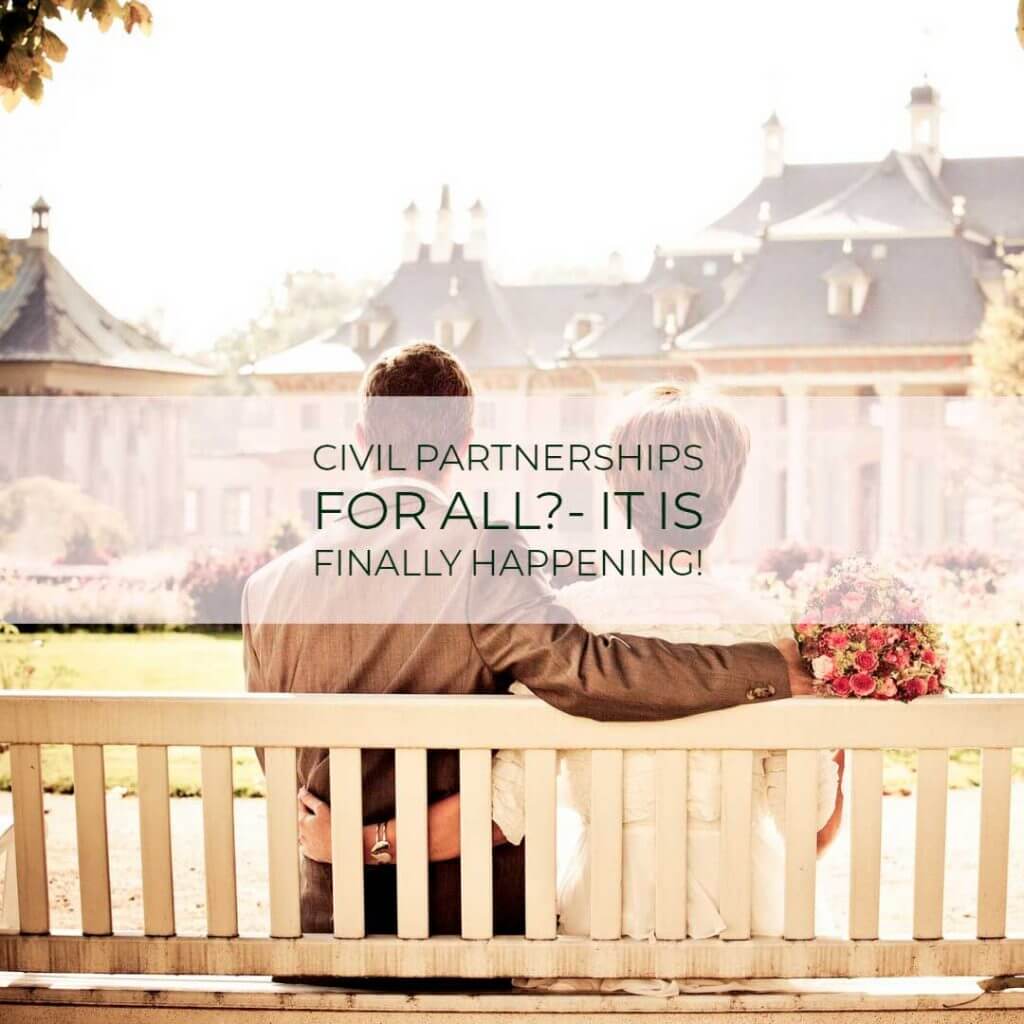 Civil Partnerships For All?- It is finally happening!

Civil Partnerships After a considerable amount of campaigning and activism across the country, Prime...

Home > Civil Partnerships For All?- It is finally happening!

Civil Partnerships For All?- It is finally happening!

After a considerable amount of campaigning and activism across the country, Prime Minister Theresa May has announced, at the Conservative Party Conference, her proposals to extend the availability of civil partnerships to include mixed-sex couples. Her decision comes after the Supreme Court ruled that the current law is incompatible with the European Convention on Human Rights, a few months ago.

At the moment, the law allows same-sex couples to form a civil partnership or get married. Mixed-sex couples are only able to marry. With Theresa May’s new proposals, this could be set to change.

But what is the difference? Why does it matter?

Marriage has existed as a legal way to commit to your partner for hundreds of years. Campaigners have argued that it promotes sexism, ownership and obedience. Typically a marriage ceremony would involve vows such as promising to obey your partner. Even the act of ‘giving away’ the bride is conducive to male ownership of their daughters and wives.

Civil Partnerships form a legal bond between two partners through the signature of a document. This gives the couple the opportunity to choose whether they want a full-blown ceremony or simply form a legal agreement. This approach promotes equality between the couple and starts the legal relationship, between the two, on an equal footing.

The UK has come a long way in the promotion of LGBTQ+ rights, allowing same-sex couples to form a civil partnership in 2004 and then marry in 2013. The new proposals by Theresa May will allow mixed-sex couples to choose which path they want to follow. They will bring the law surrounding marriage and civil partnerships in line with the expectations of an equal and just society, for all couples.

We have specialist family solicitors in each of our offices, who can offer you a free, no-obligation meeting to discuss your issues.  Make an appointment by completing this form. Alternatively, you can visit our Divorce and Family services page here.