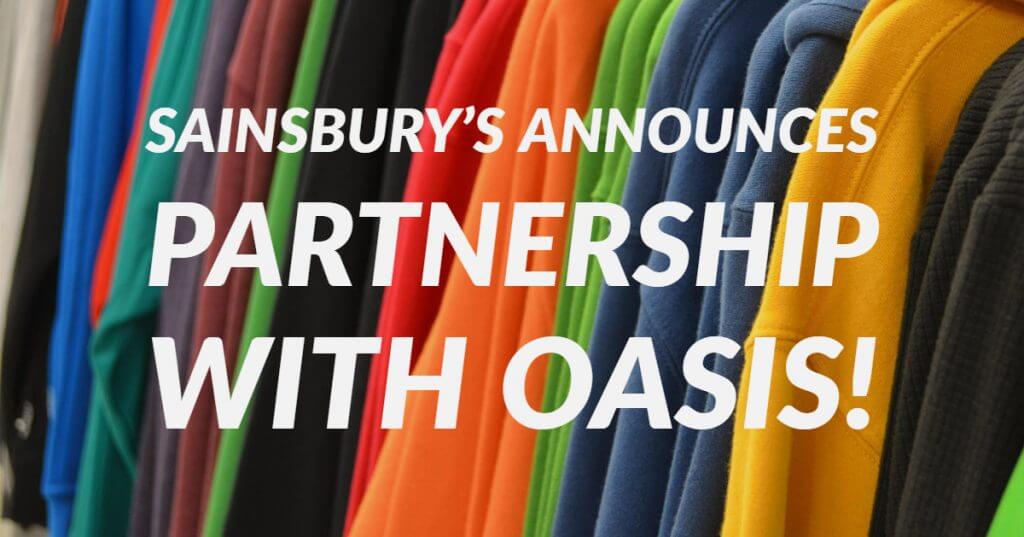 Sainsbury’s has announced that it is embarking on a new venture with high street...

Sainsbury’s has announced that it is embarking on a new venture with high street fashion retailer Oasis. The top four supermarket expects to have installed five Oasis concessions in stores around the UK by next spring.

The development is part of an ongoing strategy by Sainsbury’s to diversify its offering and expand its customer base, in response to stiff competition from discount chains, such as Aldi and Lidl, and online retailers such as Amazon.

Of the ‘big four’ supermarkets, Sainsbury’s has been particularly active in recent years. As well as entering into partnerships with Clarks and Specsavers, the group is now in the process of buying rival supermarket chain Asda. If the acquisition is approved it will make Sainsbury’s the largest retailer in the UK.

Sainsbury’s bosses will be hoping that these high profile deals are enough to make it both attractive and competitive for customers who now have so many alternatives to choose from.