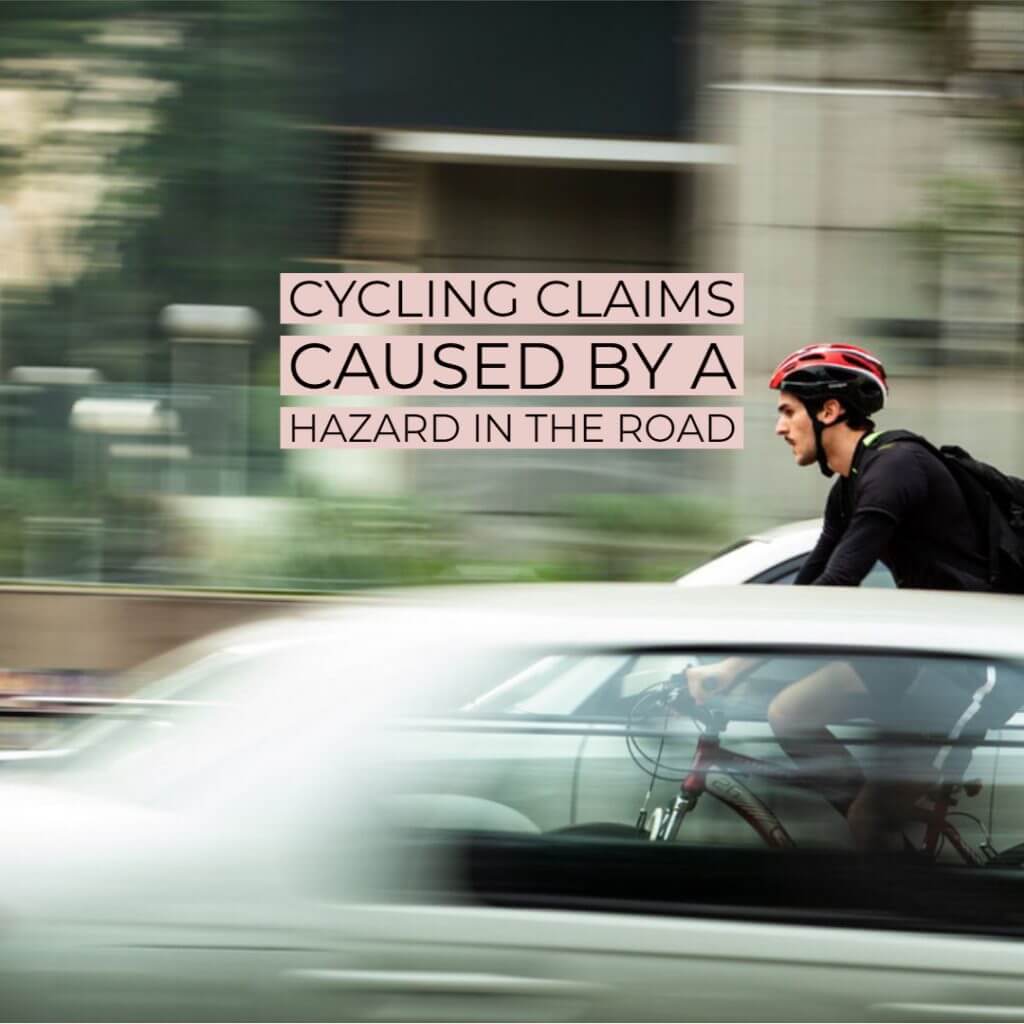 Cycling Claims Caused by a Hazard in the Road

As many cyclists will know, the deteriorating state of the current roads and cycle...

Home > Cycling Claims Caused by a Hazard in the Road

Cycling Claims Caused by a Hazard in the Road

As many cyclists will know, the deteriorating state of the current roads and cycle paths are as much as a hazard to cyclists as motor vehicles.

If you are injured as a result a pothole or other defect on the road or cycle path such as debris from a building site then a claim can still be made against the highways authority, land owner or builder.

If the accident is caused by something that fell off the back of a vehicle or a spillage in the road such as diesel and the person who caused it cannot be traced then a claim can be made under the Motor Insurers Bureau (MIB) Untraced Drivers Agreement.  It is important in these types of cases that a report is made to the police as soon as possible after the accident otherwise the MIB are unlikely to consider any claim.

A claim will usually be made under the Highways Act where there is a defect in the road such a pothole.

Under the s41 (1) of The Highways Act1980 the local authority have a duty to maintain the highway.

However under s58 they have a defence if they can prove that the authority had taken such care as in all the circumstances was reasonably required to secure that the part of the highway to which the action relates was not dangerous for traffic.

The court must consider the below when deciding whether or not there is a defence;

(a) The character of the highway, and the traffic which was reasonably to be expected to use it;

(b) The standard of maintenance appropriate for a highway of that character and used by such traffic;

(c ) The state of repair in which a reasonable person would have expected to find the highway;

(d) Whether the highway authority knew, or could reasonably have been expected to know, that the condition of the part of the highway to which the action relates was likely to cause danger to users of the highway;

(e) Where the highway authority could not reasonably have been expected to repair that part of the highway before the cause of action arose, what warning notices of its condition had been displayed;

The extent of the duty of the Highway has been the subject of numerous cases.

The following are particularly relevant to cycling claims;

In this case it was established that mud, plant growth and debris were not actionable under s41 of the Highways Act.

In this case it was established that grit and other debris in the highway is not covered by section 41 of the Highways Act, but there might be duty in negligence.

If a claim cannot be established under the Highways Act then you may still be successful in a claim for negligence.

If the accident is caused by debris in the road then the claim is likely to be a negligence claim against the responsible builder, farmer or landowner.

If you are injured as a result of a highway defect then the following are extremely useful in proving your claim;