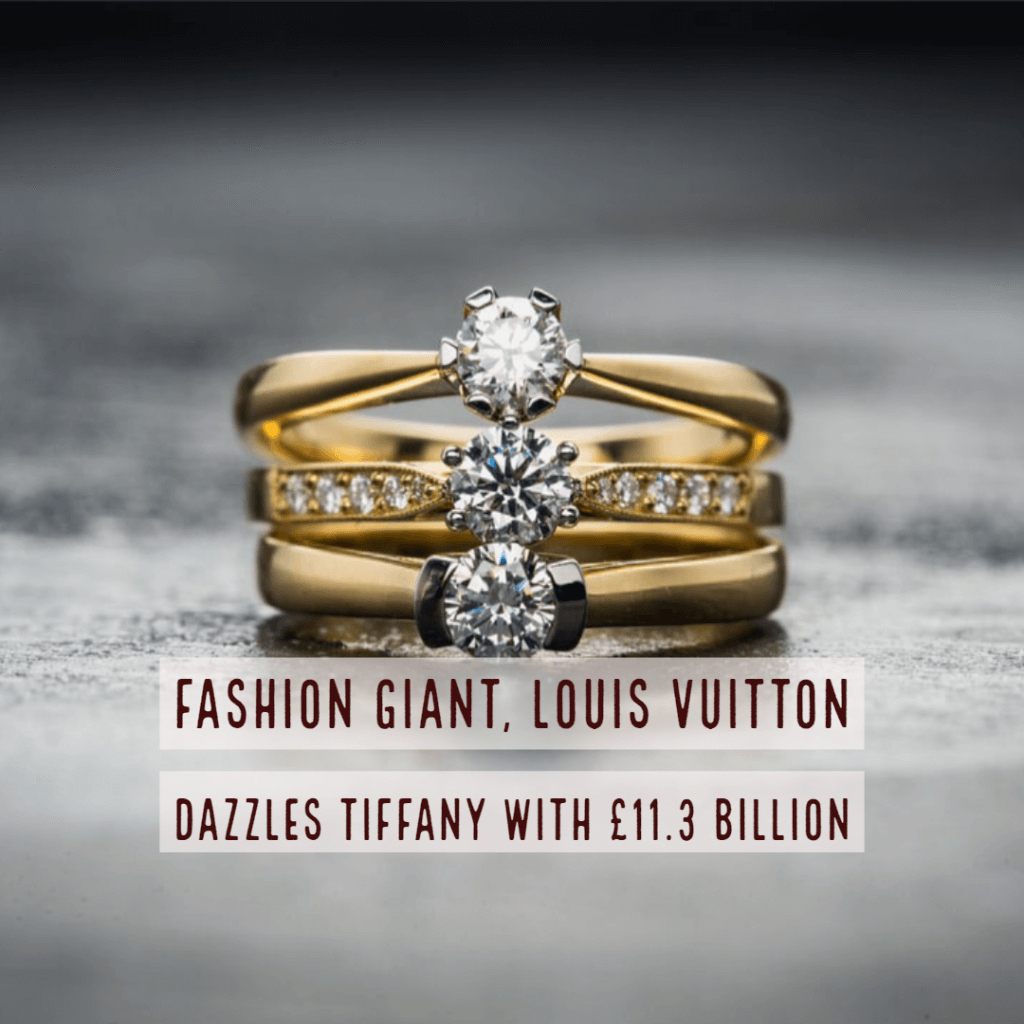 The company behind Louis Vuitton has offered to take over US brand Tiffany offering...

The company behind Louis Vuitton has offered to take over US brand Tiffany offering £11.3 billion.

LVMH Services Limited, the world’s biggest luxury brand, confirmed they have had discussions with Tiffany regarding a “possible transaction.”

However, the company, headed by Bernard Arnault, the CEO and Chairman of LVMH and Europe’s richest man stated in a brief statement that “there can be no assurance that these discussions will result in any agreement.”

Whilst nothing is certain, Tiffany’s share prices have risen by a sparkling 31% as a result, which is a welcome sight. Tiffany, founded in 1837, skyrocketed to fame after the 1961 classic film ‘Breakfast at Tiffany’s’ with Audrey Hepburn.

However, in recent years it hasn’t been doing so well. Many economists think it is due to China’s deteriorating economy and the impact of the protests in Hong Kong. Both countries comprise a large proportion of Tiffany’s sales.

This wouldn’t be the first acquisition carried out by LVMH. Some stand out acquisitions and mergers of household names include the acquisition of the perfume house Guerlain in 1994, the purchase of almost 100% ownership of Tag Heuer in 1999, and the purchase of Bulgari, the Italian jewellery brand, for £3.2 billion in 2011. LVMH has almost 70 subsidiaries covering a large market share of luxury brands, some more popular than others such as Sephora and Fendi.

It’s no surprise that Tiffany is bedazzled by the glittery offer.