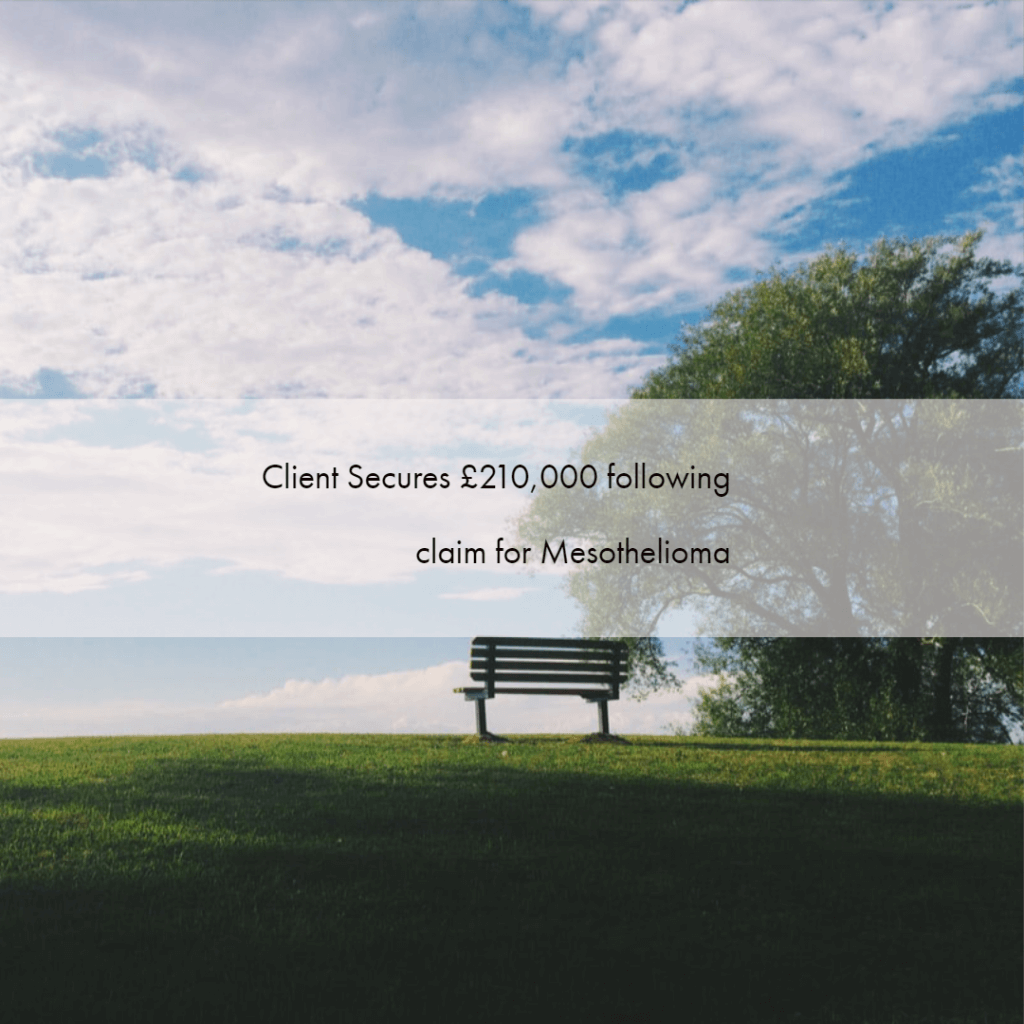 I was instructed by my client in September 2018 following his diagnosis of mesothelioma...

I was instructed by my client in September 2018 following his diagnosis of mesothelioma at Leighton Hospital.

In light of his diagnosis, there was virtually no doubt whatsoever in my mind that he must have been exposed to asbestos in his earlier years in light of the fact that mesothelioma is a cancer caused almost exclusively by inhalation of asbestos fibres.

I met with my client at his home address in order to discuss with him his recollection of his exposure to asbestos.  My client told me that he had been an apprentice Engineer between approximately 1947 and 1952.

His apprenticeship took him into virtually all of the different departments within his workplace and he could specifically remember various occasions throughout his apprenticeship where he came into direct and indirect contact with asbestos.

Following his apprenticeship, my client continued in his employment as an engineer and was exposed to asbestos later on in his career as well.

Following our letter of claim to the claims handlers for the Defendant company, they admitted negligently exposing our client to asbestos in an open letter.

Whilst this was obviously extremely encouraging news for the claim, sadly our client passed away shortly before receiving this information.

Mesothelioma is an extremely aggressive form of cancer and the prognosis is terminal.  With claims of this nature, our priority is to achieve a settlement as quickly as possible so that our client can see this for themselves, however unfortunately in these particular set of circumstances this did not happen.

Our client’s widow was named as the Executrix of his Estate in the Will and therefore she took over conduct of the claim. In light of the circumstances, she passed all authority over to her son to discuss the claim and instruct us on her behalf.  Shortly thereafter, in light of the admission made by the Defendant, we secured an interim payment of £50,000.00 on behalf of the Estate.

In light of the poor prognosis in relation to mesothelioma, the Law allows us to fast track these claims at Court to promote early settlement of the claim.

We took advantage of this aspect of the Law and issued our client’s claim at the High Court of Justice, Queens Bench Division in London, which has a designated asbestos list and as such, the Masters who hear these claims have a fantastic understanding of this area of Law.

Following this, the Parties were able to negotiate an out of Court settlement in the sum of £210,000.00 to reflect the pain and suffering associated with the diagnosis of mesothelioma, the care and assistance provided by his Wife and family, the services that he was unable to carry out in light of his diagnosis, a statutory bereavement award of £12,980.00, funeral expenses and the loss of dependency on income and services in light of the loss of life expectancy caused by the mesothelioma.

Whilst claims of this nature or incredibly sensitive and individuals may not wish to embark on such a process, there is no doubting in that the potential settlement value can bring a certain level of reassurance at a time when the future is unknown.

Please feel free to contact Mrs Anna Burns on 01270 762325 or Anna.Burns@poolealcock.co.uk should you wish to discuss any of the issues raised in this news article.