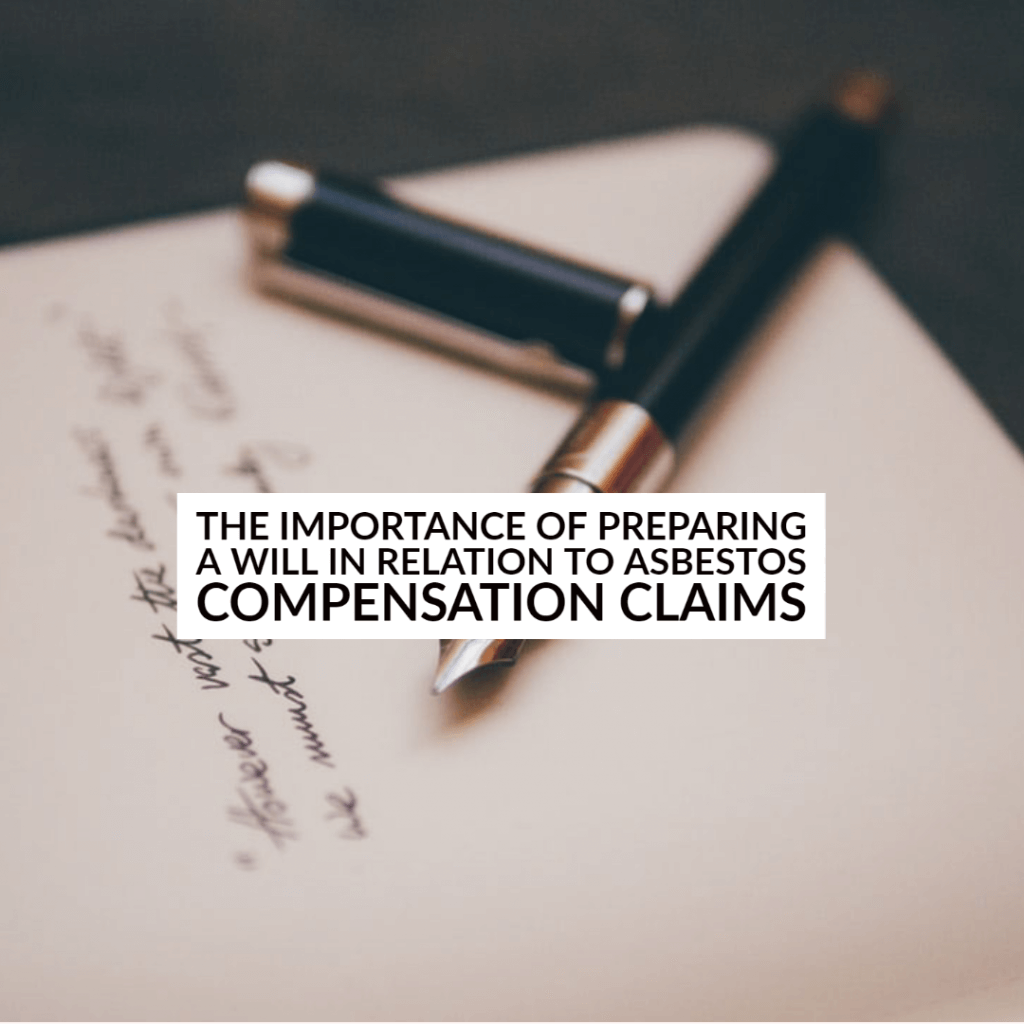 I have recently seen the settlement of a claim for Mesothelioma on behalf of...

I have recently seen the settlement of a claim for Mesothelioma on behalf of the Estate of a Gentleman, which has highlighted to me the importance of having an up to date Will in place when making a claim for compensation.

The Gentleman in question was a 71 year old man who had developed peritoneal mesothelioma, caused by his previous exposure to asbestos. This type of mesothelioma is a cancer which affects the lining of the abdomen and can cause symptoms such as abdominal pain, loss of appetite, fatigue, nausea, fever and bowel problems. As with pleural mesothelioma, it is a terminal condition, however peritoneal patients can have longer life expectancies, some studies showing upwards of 5 years after Cytoreductive surgery and chemotherapy.

In our Client’s situation, he had been admitted into hospital in early summer of 2018 for a routine hernia operation and during the management of this condition it was discovered that he was also suffering from peritoneal mesothelioma.

Poole Alcock LLP were instructed shortly after this diagnosis and I met with our Client to gather the evidence on where he had been exposed to asbestos.

Our Client had worked in the construction industry as a Joiner for a number of different companies throughout the mid-1950s to the mid-1970s. He had been self-employed after this time.

With claims for mesothelioma, following the decision in Fairchild v Glenhaven Funeral Services Ltd (2002) if a Claimant can successfully attach blame to one Defendant, he or she will recover 100% of their compensation from that one Defendant, even if there are multiple Defendants who negligently exposed the Claimant to asbestos.

With this in mind, we were able to direct the claim at one Defendant only, where we believed we had the strongest case. Adopting this course of action can help secure a settlement much quicker for our Clients, instead of delaying the claim by arguing with numerous Defendants. Any apportionment between multiple Defendants can be dealt with at a later date, after the Claimant has been compensated.

Sadly, our Client’s health took a turn for the worse very quickly and he passed away before the end of his claim. In these situations, we are normally contacted by a family member and if our Client made a Will during his or her lifetime, we continue the claim with Executor of the Estate, who is responsible for distributing the Estate to the beneficiaries named in the Will.

For this particular Client, he had made a Will, however he had not named any family in his Will. Despite this, he had named four different Charities as beneficiaries of his Estate.

In light of the fact that our Client had prepared this Will, we were able to seek instructions from the Executors of his Estate and we continued with his claim. The Executors agreed an out of Court settlement of £65,000.00, which was a slightly reduced figure in light of the Client’s period of self-employment and the risk of proceeding to Trial and not being awarded anything more by the Judge.

The final award was sent to the Executors of the Will who were duty bound to distribute the money equally between the four charities that our Client had specifically wished to benefit from his Estate.

It is thanks to our Client’s forethought in preparing a Will during his lifetime that we were able to act in accordance with his specific wishes and the compensation awarded has benefitted those charities which meant so much to him.

Had he not prepared a Will, the Law of Intestacy would have dictated that his Estate should fall to a surviving family member or alternatively to the Crown if there were no family members.

This claim really does remind us of the importance of preparing a Will to ensure that your Estate is dealt with in accordance with your personal wishes.

Should you wish to discuss any issues arising from this article, please call us today or complete our online contact form and we will call you back at a time that is convenient for you.