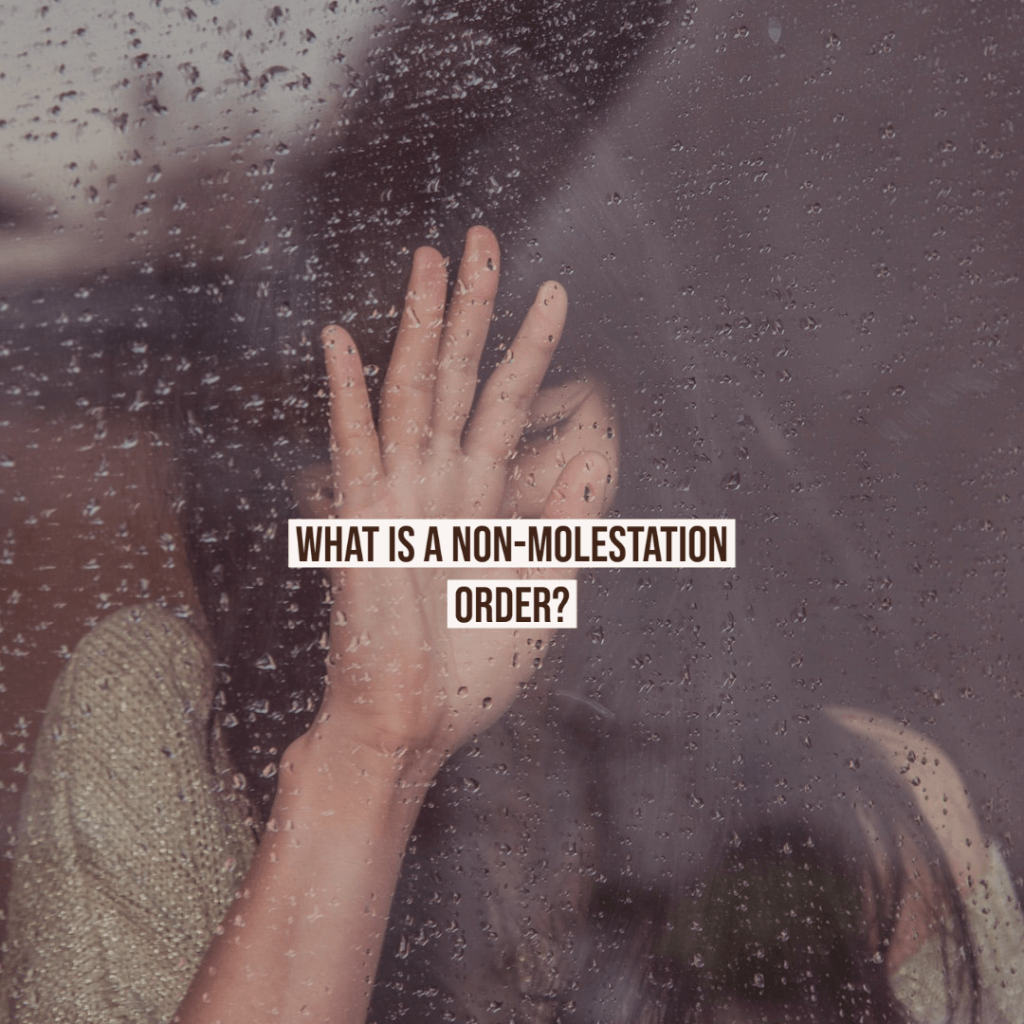 What is a Non-Molestation Order?

There is a somewhat depressing inevitability to the rise in domestic violence that is...

Home > What is a Non-Molestation Order?

What is a Non-Molestation Order?

There is a somewhat depressing inevitability to the rise in domestic violence that is being widely reported as a result of the Covid-19 crisis in the UK. This crisis not only puts people under more emotional strain as concerns about jobs, finances, health and education etc. surface, it is also more difficult to physically get away from the family home to escape those pressures.

Of course, no-one should put up with domestic violence of any sort, and the first port of call if you or your children are at risk of, or are suffering violence or abuse, is the police.

In addition, there are multiple non-governmental organisations aimed at supporting those suffering domestic abuse such as your local council, Citizens Advice Bureau, the National Centre for Domestic Violence, New Era, Cheshire Without Abuse (CWA)) to name but a few.

Such resources can and will provide support and practical advice to anyone, and that advice often extends to referring those in need of legal protection to the police and/or to solicitors who specialise in family law matters such as ourselves.

In order to ensure you are not subject to domestic violence in the future, as well as the criminal courts, the family courts can provide help in the form of a protective injunction known as a Non-Molestation Order. Indeed, in many instances, the police do not or cannot prosecute an individual for lack of evidence. In such circumstances, it remains open to an individual to seek protection from the Family Court.

So what is a Non-Molestation Order?

A Non Molestation Order is a form of Injunction that serves to prevent a partner or former partner from harming you or your children. It can be applied to not just spouses but a wide range of people including partners, or former partners, someone with whom you are living or have lived with, the father or mother of your child, a family member or someone with whom you have had an intimate relationship.

Even if the police are involved, and pursuing a prosecution, it still remains open for someone to apply for the protection afforded by a Non-Molestation Order, especially if that prosecution is ongoing and not yet resolved.

There is no legal definition as to what amounts to “molestation”, and that is deliberate as it covers a wide range of abusive behaviours from actual violence or threats or violence to any form of harassment or intimidation and controlling and coercive behaviour.

How does it protect me?

A Non-Molestation Order is a powerful tool. It is a formal Court Order which will specify terms that are aimed at your protection, typical terms will order the other party not to contact you, directly or indirectly (including through social media), or to do so only through specific third parties such as solicitors in relation to childcare arrangements, not to enter the street where you reside, or to go within a set distance of a property.

If the Order is breached then it is a criminal offence, that person can be arrested and prosecuted and face up to five years imprisonment. Rightly, the criminal courts treat breaches of Non-Molestation orders very seriously indeed.

How do I get one?

You apply to the family Court completing a fairly lengthy form FL401. Unlike many family law applications, there is no fee associated with such an application. You send the fully completed form to your local Court, typically with a signed statement outlining what has gone on and why you feel in need of protection.

The Court will then list a hearing so that they can decide whether to put such an order in place. Unless the application is being made without your partner’s knowledge (see below) the court will set a date for the hearing and serve the application on the other party inviting them to attend Court so they can be heard. If they don’t attend the Court hearing then it will still go ahead and, of course, it is more likely that the application will be granted. The Order will then be served on them.

In the current COVID crisis the Courts are still operating but it may be that such hearings will take place remotely either on video link or telephone conference.

Does my partner need to know I have applied?

No, or at least not immediately. You can apply for an Order without the other party being made aware, this is called an “ex-parte” application. Such an application needs to be warranted though, in other words by demonstrating to the Court that unless immediate protection is put in place there is a real risk of harm to you or your children. Note, however, that when such an ex-parte application is made the other party will be given an opportunity to argue against the Order at a subsequent hearing – although the Order remains in force until that hearing takes place.

When does it come into effect and how long does it last?

It does not come into effect until the other party has been served it. This is because the Courts need to be sure that the receiving party is aware of the Order and its terms, especially important given the serious consequences associated with any breach.

The length of the Order will depend on the circumstances of the case, it may be made for a specified period (typically 6 or 12 months) or until further order. The length it a decision for the Court.

What if I have been served with a Non-Molestation Order and don’t agree with it?

If you have been served an Order made by a Court without having had the opportunity to challenge it, the Court will list the case for another hearing where you can argue against its imposition. In such circumstances, it is very important to seek legal advice to properly challenge what you consider to be a wrongfully imposed Order.

So if you think you need the protection of a Non-Molestation Order, or equally need to challenge what you consider an unfair application, please contact one of our expert family lawyers who will happily provide advice and assistance. This can be done on a private fee-paying basis, or, provided you qualify (you have to be financially eligible and a victim of domestic violence) through legal aid.