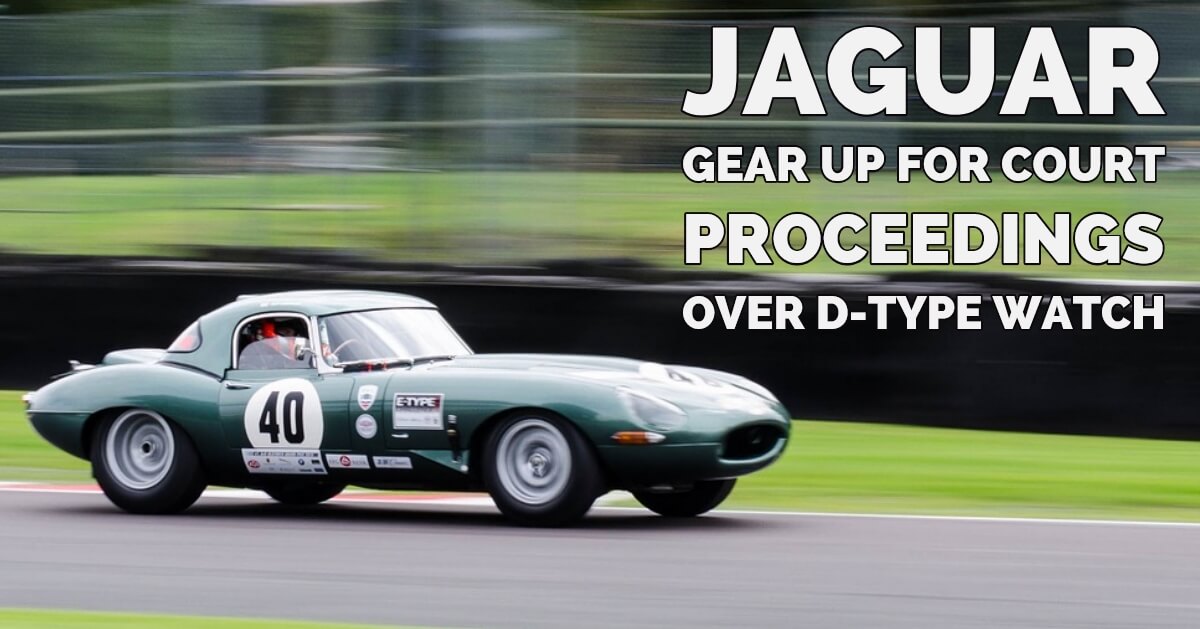 Jaguar is preparing for legal proceedings with luxury watch maker Christopher Ward over a “D-Type” watch.

Christopher Ward sourced metal from some D-Type Jaguar cars to create the limited-edition timepieces, before selling them for up to £2,995.

Jaguar claims that Christopher Ward infringed its trademark and damaged the distinctive character of the D-Type motor vehicle.

Christopher Ward has vowed to vigorously defend its position, so it would appear that this will be played out before the courts.  Is the time right for Christopher Ward to stand its ground, or are we about to see a mauling?