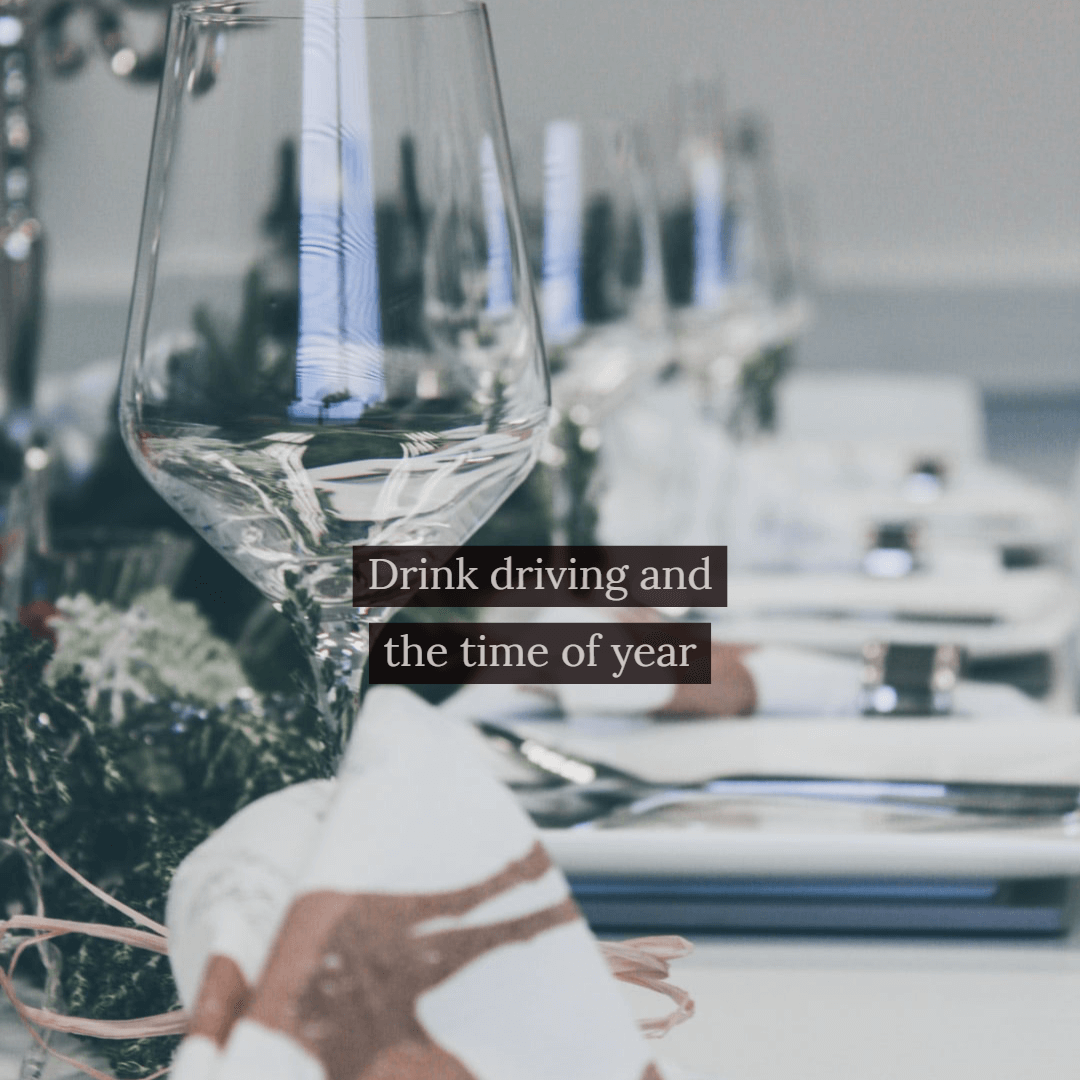 It’s that time of year again when the Christmas spirit kicks in and the Christmas Spirits start to flow. When we have no intention of driving that’s not a bad thing (in moderation), however you will no doubt have seen increase in advertising of drink drive campaigns on the television and radio and indeed on social media.

The latest figures form the Government show that from 2014 the number of deaths, serious injury and slight injury due to road traffic accidents and collisions caused by drink driving are up across the board. In fact the rate is at its highest since 2010.  Drink driving is a real threat, not just to the victims of the offence but to the driver and any passengers.

Drink driving is an offence that is committed by all members of society and more often than not by people who feel ok to drive.  It may be the case that drinks were consumed the previous day and then after a night’s sleep drove the vehicle believing it to be ‘ok’.  There are a very high number of people who get on the wrong side of the law in this way

If you are found guilty, or you plead guilty the starting point for disqualification is a minimum 12-month ban. The ban it’s self is not considered to be the sentence and this will always be an additional consequence of being over the limit. The sentence that you receive will range from a financial penalty to making you subject to a community penalty and in more serious cases, the ban can be significantly longer and you may be at risk of a prison sentence even if this is your first conviction.

There are also far-reaching consequences that many do not consider, such as restrictions on future employment, travel to certain countries and the cost of motor insurance in the years following conviction.

We at Poole Alcock LLP have experienced lawyers who specialise in Crime and motoring. Everyone is entitled by law to FREE and independent legal advice when interviewed by a Police Officer.

DO NOT BE INTERVIEWED WITHOUT REPRESENTATION IF YOU GET IT WRONG AT THE POLICE STATION IT STAYS WRONG.

We cover the Police Stations 24 hours a day 365 days a year.