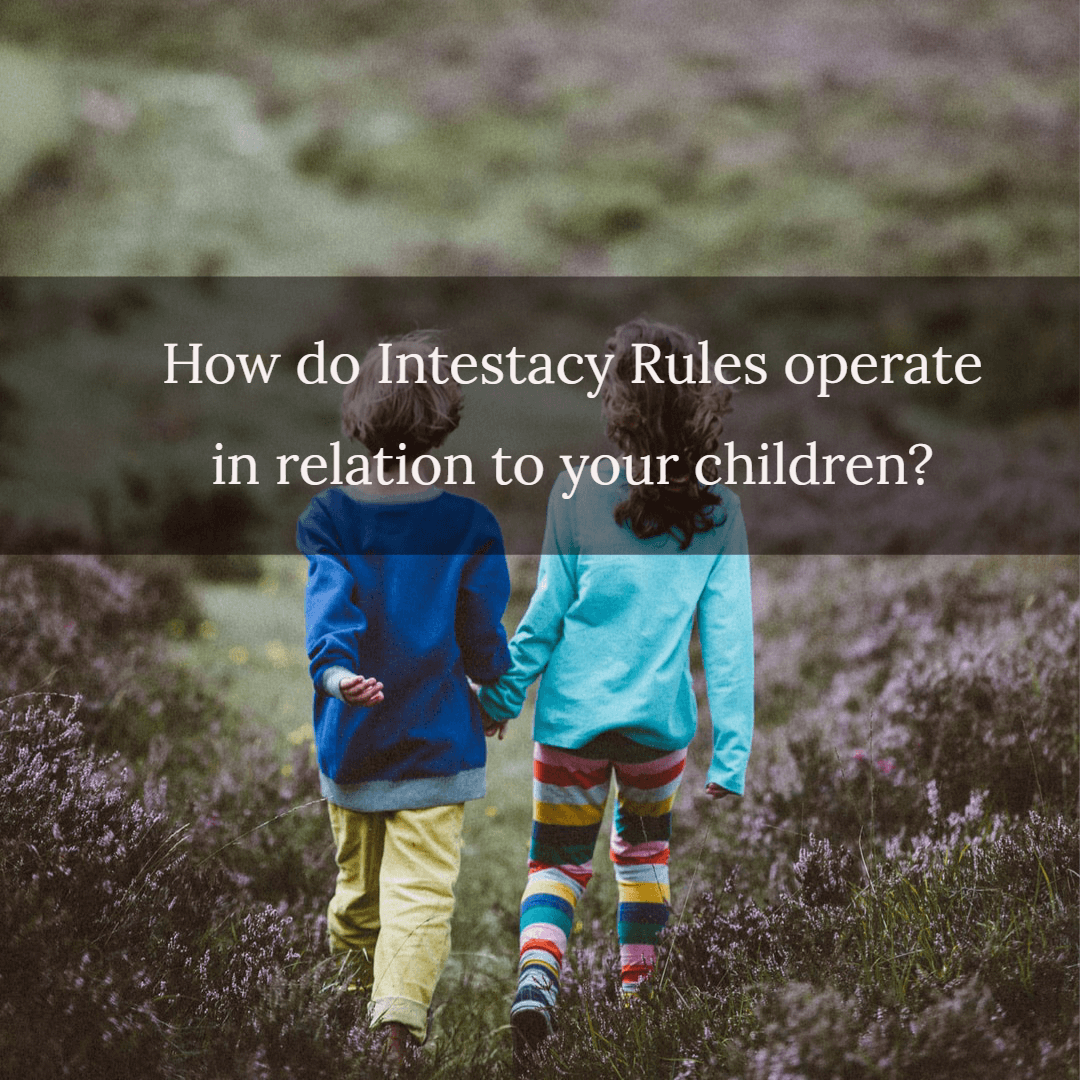 Under the intestacy rules the first £250,000 and the personal possessions will go to your partner.   The remainder of the estate will be divided in half, with half going straight to the surviving spouse and the other half being divided equally between children.  All children of the parent who had died intestate (without a Will) inherit equally.  This also applies where a parent has children from different relationships.

A child whose parents are not married or have not registered a civil partnership can inherit from the estate of a parent who dies intestate.  These children can also inherit from grandparents who have died intestate.

Adopted children (including step-children who have been adopted) can inherit under the rules of intestacy, otherwise you have to be a biological child in order to inherit.

Children remain the legally recognised children of each divorced parent.  Unless the relationship has ended (e.g. adopted by a third party).   Since children of divorced parents usually retain their legal status they are typically able to inherit from their parents in the same way they could before the divorce.  Under the Intestacy Rules a person needs to be aged 18 or over (or have married earlier).  If they inherit as a minor the gift will be held in trust for them until they reach the age of 18.

It is without doubt important to have a Will particularly if you cohabit outside of marriage or civil partnership and if you have children to safeguard their interest.