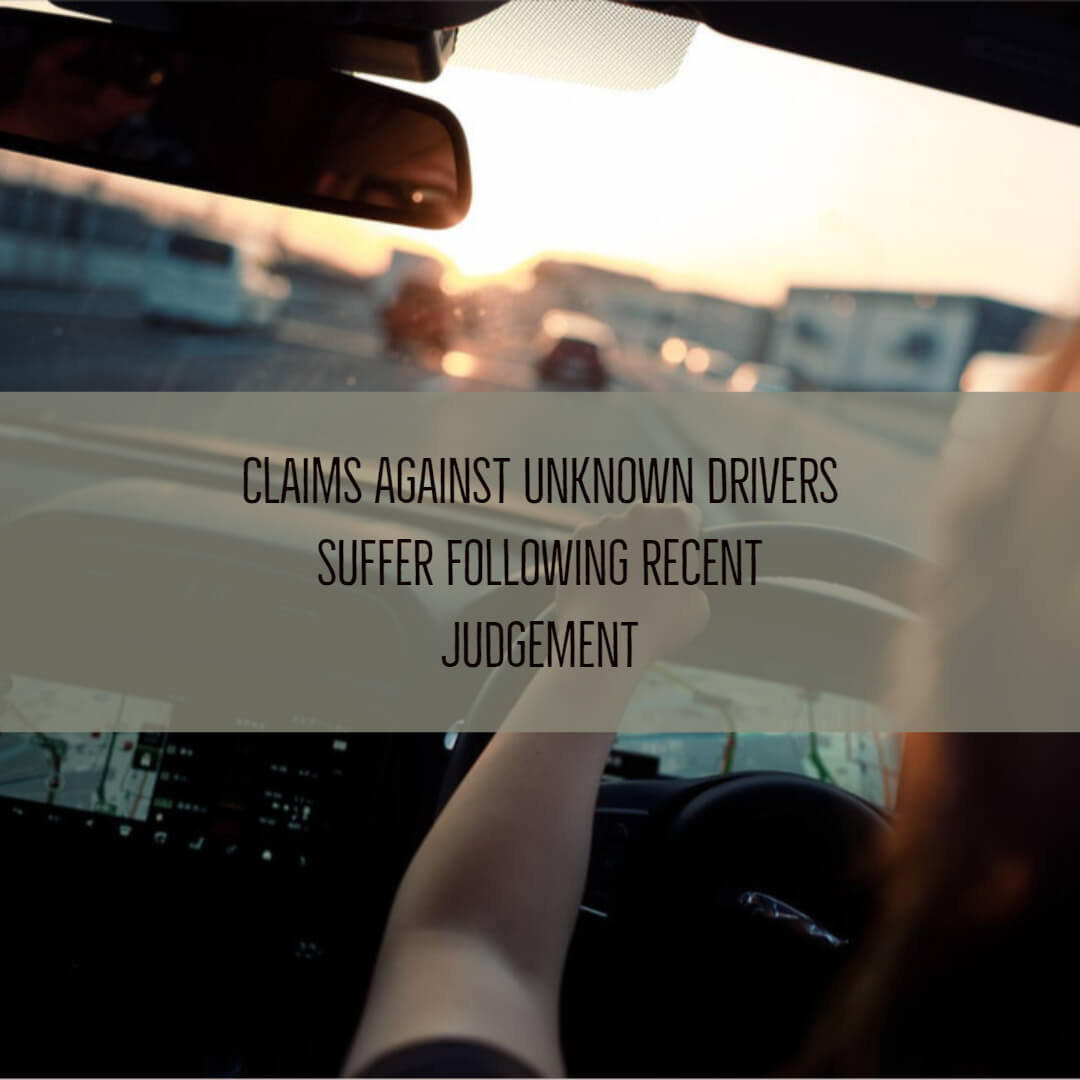 The recent case of Cameron v Liverpool Victoria Insurance Co. Ltd has concluded that claims arising out of road traffic accidents where the victim cannot identify the driver at fault; can no longer be brought at Court against the insurance company of the vehicle involved.

These situations can arise where the vehicle has perhaps been stolen and is later involved in a road traffic accident where after the driver flees the seen or if there is any ambiguity over the actual driver, which can sometimes happen.

Despite there being a valid insurance policy in place covering the vehicle involved, this recent Court Judgment means that claims cannot be pursued in the usual way through its relevant policy of insurance.

However, there is an alternative for individuals who have suffered personal injury as a result of such accident circumstances.  The Motor Insurance Bureau (MIB) provides a system for individuals to claim through, however the process is likely to take much longer.

There will be less control for individuals wanting to bring a claim for compensation and the level of compensation awarded to them is at risk of being capped by the MIB. In light of the different funding arrangements with Solicitors, individuals risk an overall reduction in their eventual compensation.

Anna Burns, Head of the Personal Injury team at Poole Alcock commented “This type of situation happens more often than you would expect. Sadly, individuals can be involved in ‘hit and run’ accidents where the victim has heroically captured the driver’s licence of the vehicle that hit them, but has no knowledge of the individual who was driving. If that vehicle is insured, it has long been the case that a civil claim could be brought and the insurance company of the vehicle involved would be a Party to the Proceedings. It is extremely disappointing that this case has now changed the goal posts and civil claims can no longer be brought. Whilst there is still an option to bring a claim through the MIB, in my mind this is not the correct method of claiming when there is a valid insurance policy in place covering the car involved in the accident.”

This is a disappointing outcome for victims of road traffic accidents.  The decision was given by the Supreme Court and therefore it cannot be overturned.  Thankfully, there is an option through the MIB available to those individuals who find themselves in this situation, however for the reasons explained above, the outcome of their claim may not be as reasonable as it could have been prior to this case.