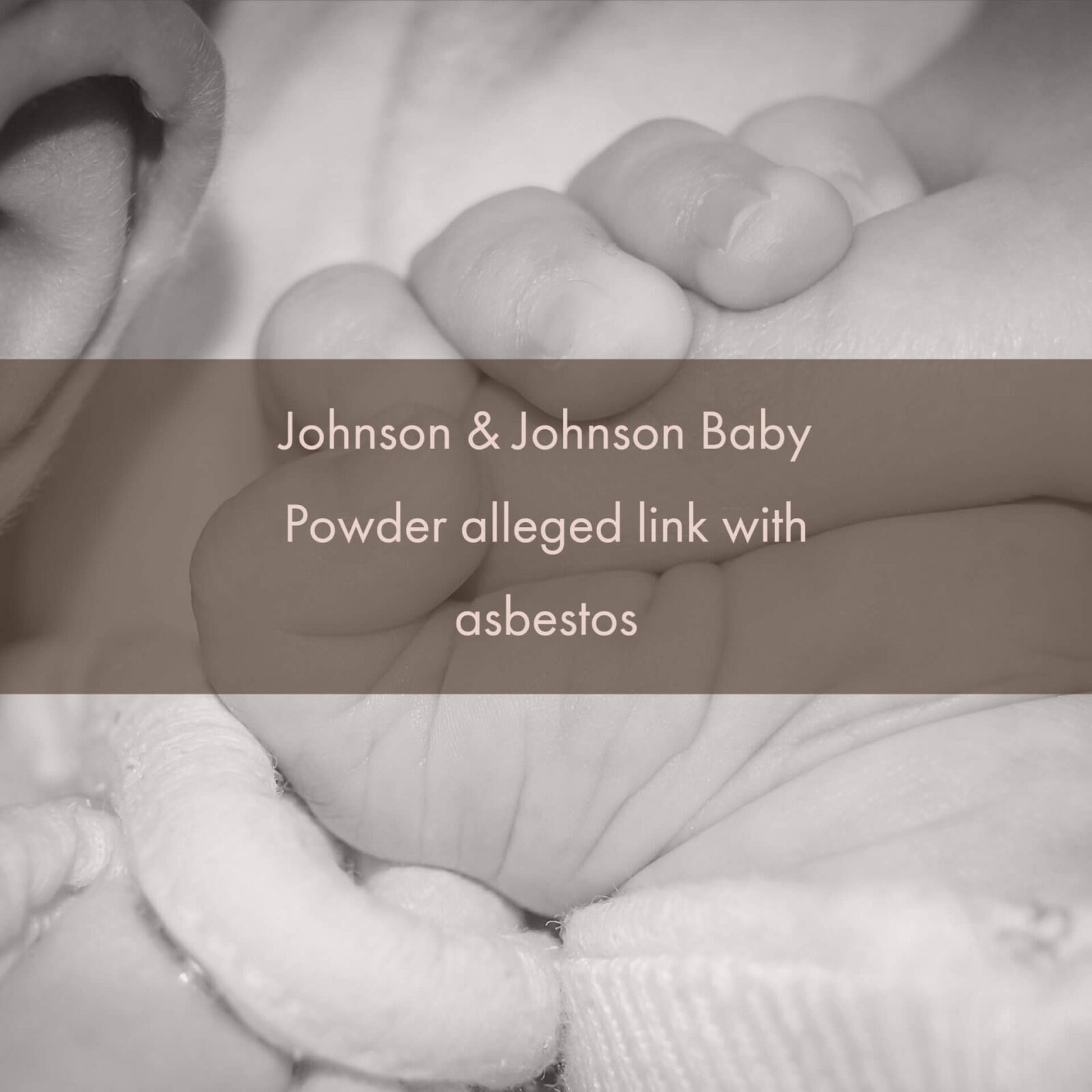 Shares in Johnson & Johnson have dropped more than 10% after a Reuter’s news article published details that the company knew for decades that its baby powder contained asbestos.

This is incredibly disturbing because evidence has shown since the late 1800s there was a link between asbestos and chest illnesses, therefore to read about a company in our recent history using asbestos within its product is extremely concerning.

Whilst the names of those chest illnesses from the late 1800s did not exist, we now know them as asbestosis, pleural thickening and mesothelioma, the type of lung cancer that is normally only caused by inhaling asbestos fibres.

The tragic aspect to the Johnson & Johnson situation is that a lady named Darlene Corker from Texas, USA had previously alleged that the company’s baby talc had caused her mesothelioma back in 1999. Johnson & Johnson denied the allegations and the lawsuit was eventually dropped due to lack of evidence.

However, other individuals have also brought cases against the company and not only for mesothelioma, others have brought cases of ovarian cancer. In light of the number of cases brought, Johnson & Johnson has recently been compelled to share historic documentation publically which show that from the early 1970s to the early 2000’s, the company’s baby powder sometimes tested positive for small levels of asbestos.

It has already been shown through case law in the UK that individuals do not need to be exposed to large quantities of asbestos to later receive a diagnosis of mesothelioma. Dianne Willmore brought her claim for mesothelioma in 2009 against Knowsley Borough Council, following exposure to asbestos whilst she was a pupil at School. In this case, Mrs Willmore could only recall several instances where she came into contact with asbestos and she certainly was not exposed to the same extent as a lagger would have been on a building site. Despite this, it was found at Court that the level of asbestos within the school ‘materially contributed’ to her later diagnosis and as such her claim was successful.

This recent news article relating to Johnson & Johnson is incredibly worrying in light of the potential numbers of individuals who may be affected and it is no surprise that Johnson & Johnson intends to appeal these decisions, arguing that the information is false and is a way for overzealous lawyers to find a new pool of asbestos litigants. Whether or not this is correct, more clarity will undoubtedly follow in the weeks and months to come during this highly contentious litigation.

For more information relating to asbestos related disease you can visit our Asbestos Claims page. You can contact us by using our contact form or by calling us on 01270 444329.