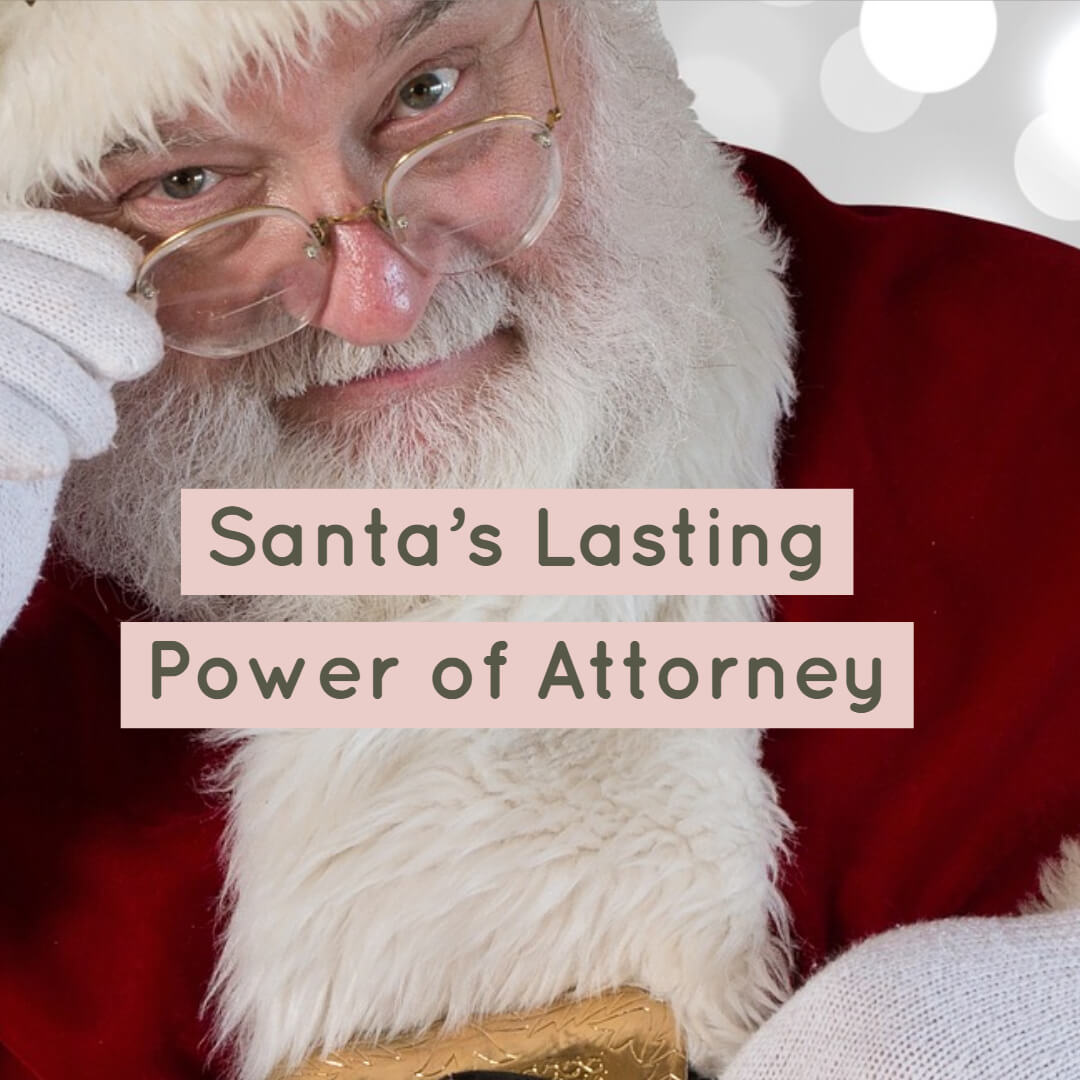 Why should Santa get a Lasting Power of Attorney?

Santa is a business owner. And as such, has a large number of responsibilities. If he is a sole trader, and the accounts are all in his name – who will arrange for paying the elves if he is not able to?  If he gets stuck in chimney, who will make sure that the toy making suppliers are paid for ready for the following Christmas? Appointing an attorney would be a good way to ensure that business carried on as normal, even if unforeseen circumstances arose. He’d be making sure you that, no matter what, the children would receive their presents every Christmas.

As well as his business affairs, Santa may wish to plan for his future in other ways – if he chose to retire, and perhaps wanted to take a step back from his responsibilities – who will make sure that his bills are still paid? His hard earned wealth well invested? An attorney would be able to manage his affairs long term, including if he went into a nursing home, and so Santa could enjoy a well-earned rest.

Santa might also want to appoint an attorney to make decisions for his health and welfare. This would allow attorneys to make decisions about medical treatments, where he lives, or even his diet. They would only be able to make those decisions if he wasn’t able to himself.

Who should be Santa’s attorney?

It’s very important that the attorneys Santa chooses are people that he trusts. Oftentimes people will choose their spouses – so Mrs Claus might be a good first choice for him. She’ll likely have a good idea of his business and employees, as well as his personal financial affairs. It’s also sensible to think of an additional attorney, or a replacement attorney, to act either alongside Mrs Claus, or in Mrs Claus’s place. Perhaps Santa’s children or grandchildren would be good choices for him. As long as they are over 18 – and Santa trusts them – they can be appointed. There are no strict rules on who should be appointed – it doesn’t need to be a family member if no one is suitable.

If you think you or a family member could also benefit from a Lasting Power of Attorney then call us today on 01270 444329.

Quote ‘Santa’ when making your initial consultation for Lasting Powers of Attorneys to receive a 10% discount on our fees.