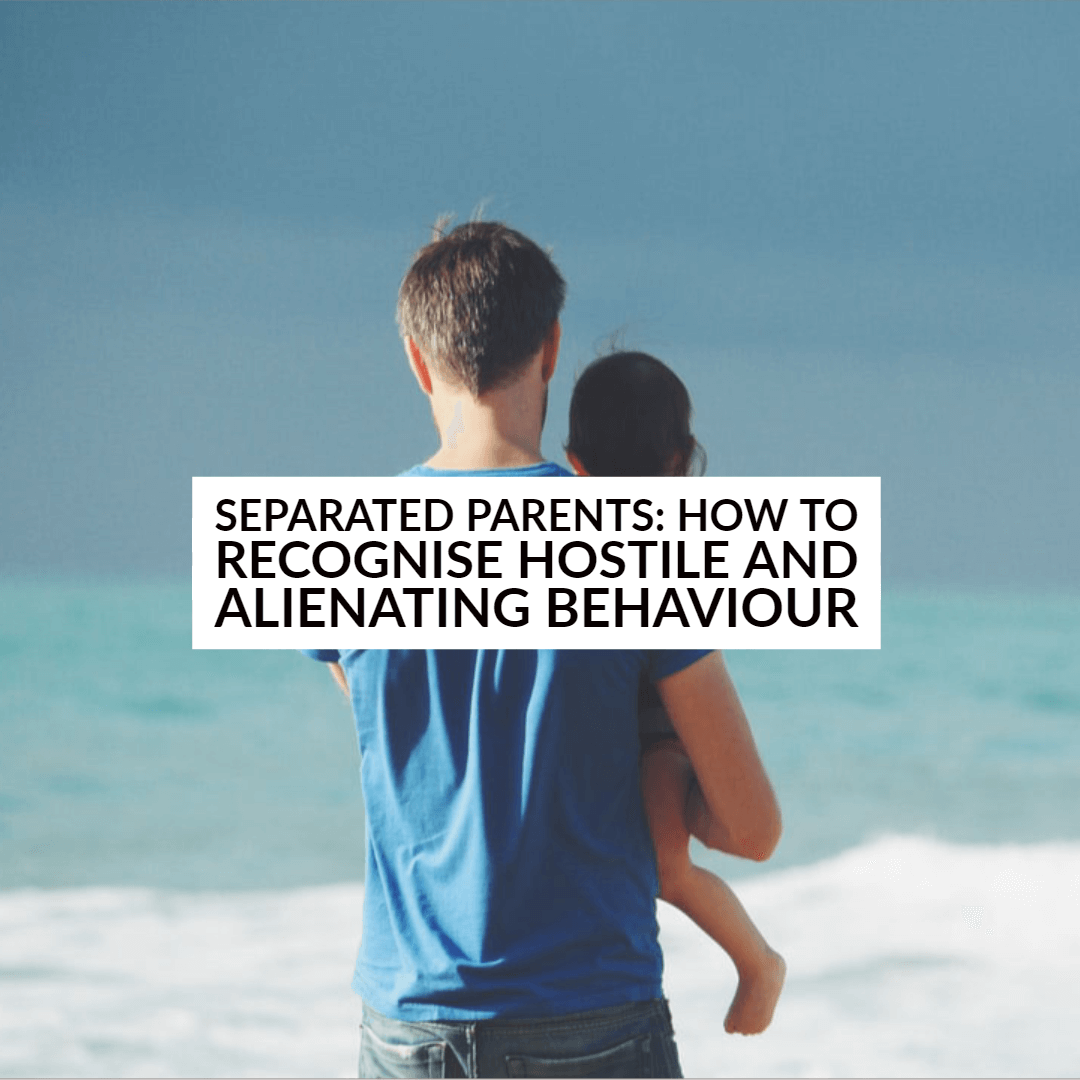 Hostile and alienating behaviours are more frequently becoming a factor during court proceedings in relation to children. The negative behaviour is often exhibited by one parent in order to undermine a child’s relationship with the other, this can lead to a child being resistant to contact and hostile towards the other parent without any apparent justification.  This behaviour can accompany high-conflict separations and can be extremely damaging for the children involved.

Below are some typical behaviours of each party which may amount to hostile and alienating behaviours.

Examples of behaviours exhibited by a child could include:

Typical behaviours of the alienating parent:

Parents can find it extremely difficult to deal with their child rejecting a relationship with them, especially when there is no apparent justification. If left unaddressed this difficult behaviour can escalate and lead to a breakdown of the relationship between the child and the alienated parent altogether.

For parents who think they are at risk of being subjected to these behaviours there are a number of practical steps you can take. A starting point may be to speak to your ex-partner to try and resolve the situation.  This may be difficult in high conflict cases where lines of communication may no longer be open.

A referral can be made to mediation and with the benefit of an independent third party you may be able to reach an agreement regarding the time the child spends with you both. Attempting to resolve the matter without the intervention of the court may help to reduce the conflict and animosity between you.

If it is not possible to agree the arrangements directly, then it may be necessary to make an application to court for a Child Arrangements Order. The benefit of obtaining an Order is that if there is any breakdown in contact, the Order can be enforced and it can also include recordings, for example, to confirm that the child should not be spoken to about adult issues, or the other parent should not be denigrated in the presence of the child.

During proceedings it may be directed that a report is obtained from CAFCASS (Children and Family Court Advisory and Support Service) in relation to who the child should live with, who they should spend time with and to report on any harm that may be caused by alleged hostile or alienating behaviours.

In some cases where the parental alienation or hostile behaviour is alleged to be causing the child emotional harm and this is disputed by the other parent, it may be necessary to conduct a Finding of Fact hearing.  This is an interim hearing to determine which parent is telling the truth, on the balance of probabilities. Any findings made will then be used to inform the factual matrix used by CAFCASS to make recommendations to the Court.

Further information on how CAFCASS deal with these types of behaviours is outlined in the following link: https://www.cafcass.gov.uk/grown-ups/parents-and-carers/divorce-and-separation/parental-alienation.

Ultimately, when deciding how to deal with these issues, the welfare of the child is the court’s paramount consideration.

Our team of family law experts are adept at recognising issues of parental alienation and hostility, advising parents upon these complex issues.  We give clear advice to each client on how best to deal with their matter, attempting to resolve without intervention of the court in the first instance but offering support through any such court application if required. To speak with an expert please do contact our specialist Family Solicitors on 01270 625478. Alternatively, complete our contact us form here and we will arrange to call you back at a convenient time.