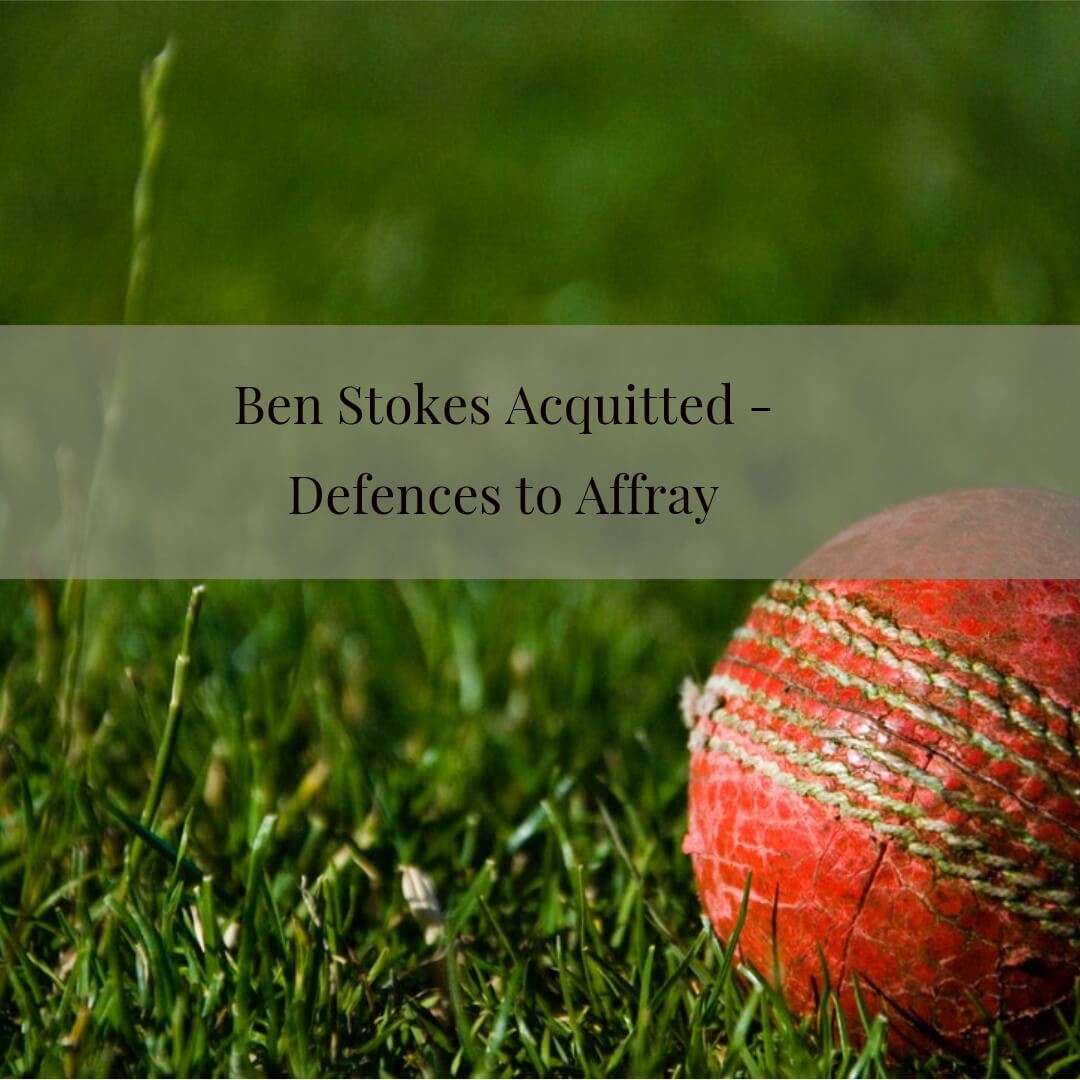 Ben Stokes hit the headlines recently, sadly not in relation to his blossoming cricketing career, but for being prosecuted for the offence of Affray following an altercation near a Bristol nightclub.

This is an offence under section 3 of the Public Order Act 1986 meaning that he was being prosecuted for allegedly ‘using or threatening unlawful violence towards another and his conduct was such as would cause a person of reasonable firmness present at the scene to fear for their personal safety’.

What Was Stokes’ Defence?

It was Stokes’ defence that he was acting in defence of another initially and then in self defence. He was defending two males that had been the victims of homophobic comments. Interestingly, Mr Stokes could not recall what those comments were. Neither of the two males were called to give evidence.

So what can you do in law to defend yourself or another, such that any violence used is “lawful”?

What amounts to Self-Defence?

In law, you are allowed to use reasonable force in order to defend yourself, or another, if you perceive an imminent threat of, or actual use of, violence towards you or that other person you are seeking to defend.

In assessing the reasonableness of the force used, prosecutors should ask two questions:

What amounts to Reasonable Force?

For example, if someone approaches you aggressively in the street, pulls back their arm such that you feel sure you are about to be punched, it is not unlawful to pre-emptively punch that person first to stop them in their tracks….however, in the exact same scenario, instead of punching them, were you to grab a handy 5ft metal pole left by the roadside and hit them over the head repeatedly with it, it is very likely that a jury would take the view that, whilst you were initially genuinely acting in self defence, the force you used went far beyond what is reasonable in the circumstances and was therefore unlawful.

Obviously what is deemed to be reasonable would depend on each individual set of circumstances in the alleged Affray. It would appear from the Jury’s verdict that they were satisfied that Stokes’ actions had been reasonable.

Stokes was successfully defended by the eminently capable and well regarded Gordon Cole QC, a barrister with whom Poole Alcock, who have always prided themselves on their professional network of experts, have previously worked very closely.

Poole Alcock have access to some of the very best Barristers and QC’s in the North West and beyond. We also have our own experienced Higher Court Advocates to represent you in the Crown Court.

If you are facing any criminal allegation call us today on 01270 625478 to speak to our expert team. Alternatively you can visit our Criminal and Regulatory Defence services page here or complete this form for a call back.