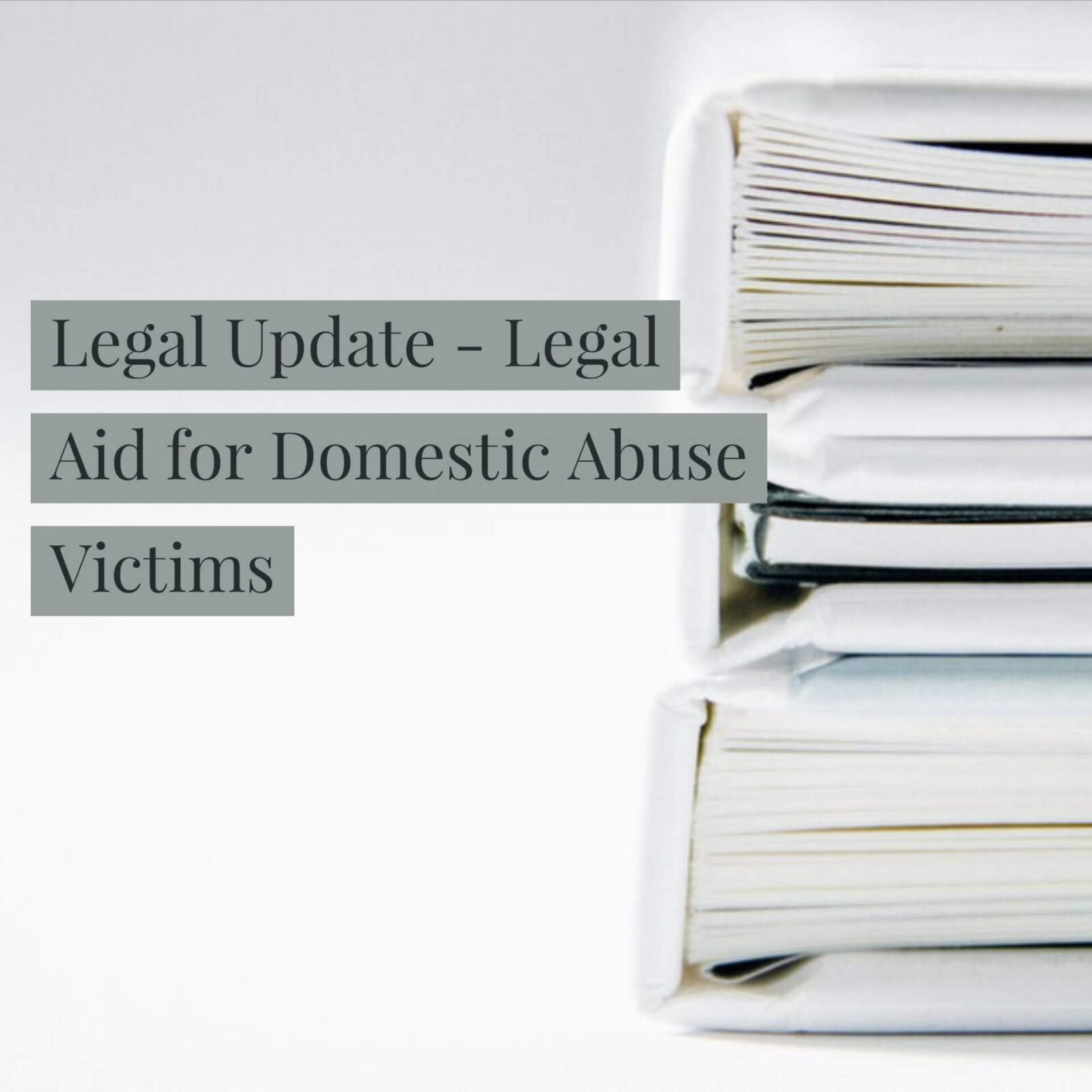 When the Government changed the availability of Legal Aid for family matters back in 2013, they chose to restrict it to what they call ‘proven victims’ of domestic abuse or people whose children were at risk of harm.

Their interpretation of ‘proven victims’ has been criticised over the years by domestic abuse charities and those within the legal system, initially for their insistence that the abuse must have taken place within 2 years of the person applying for Legal Aid and also for their insistence that they would only accept certain evidence from a restricted number of organisations.

Changes to the Relevant Period

Over the years, the Government quickly backtracked on their relevant period for the abuse, as they seemed to acknowledge that victims are victims, irrespective of when the abuse took place and it would therefore be wrong to prevent people from accessing funding purely on this basis.  They initially extended their relevant period for the abuse to 5 years, but it is now accepted that there doesn’t appear to be any time limit for the abuse.  This in of itself was a welcome change, as it opened up the availability of Legal Aid to a much larger group.

More recently, the Government have also relaxed their stringent evidential requirements by opening up the ways in which someone can evidence the abuse.  Prior to this change, the organisations that could give evidence were quite restrictive and the criteria victims had to meet was onerous when considering the fact that large numbers of victims don’t report abuse or even understand that what they are living with amounts to abuse.

The key changes in relation to the most recent changes are that evidence can now be provided from housing officers, domestic abuse services offering victims support (whereas previously they would have had to have offered the victim refuge for at least 24 hours) and that victims can now provide evidence of their partner abusing a previous partner as evidence of abuse for themselves.

These changes are much welcomed in the legal profession and the domestic abuse profession alike, as they go someway to widening the net of availability of Legal Aid to victims in need of assistance.

We have Family Solicitors at all of our offices across the UK. You can arrange an appointment by completing this form.