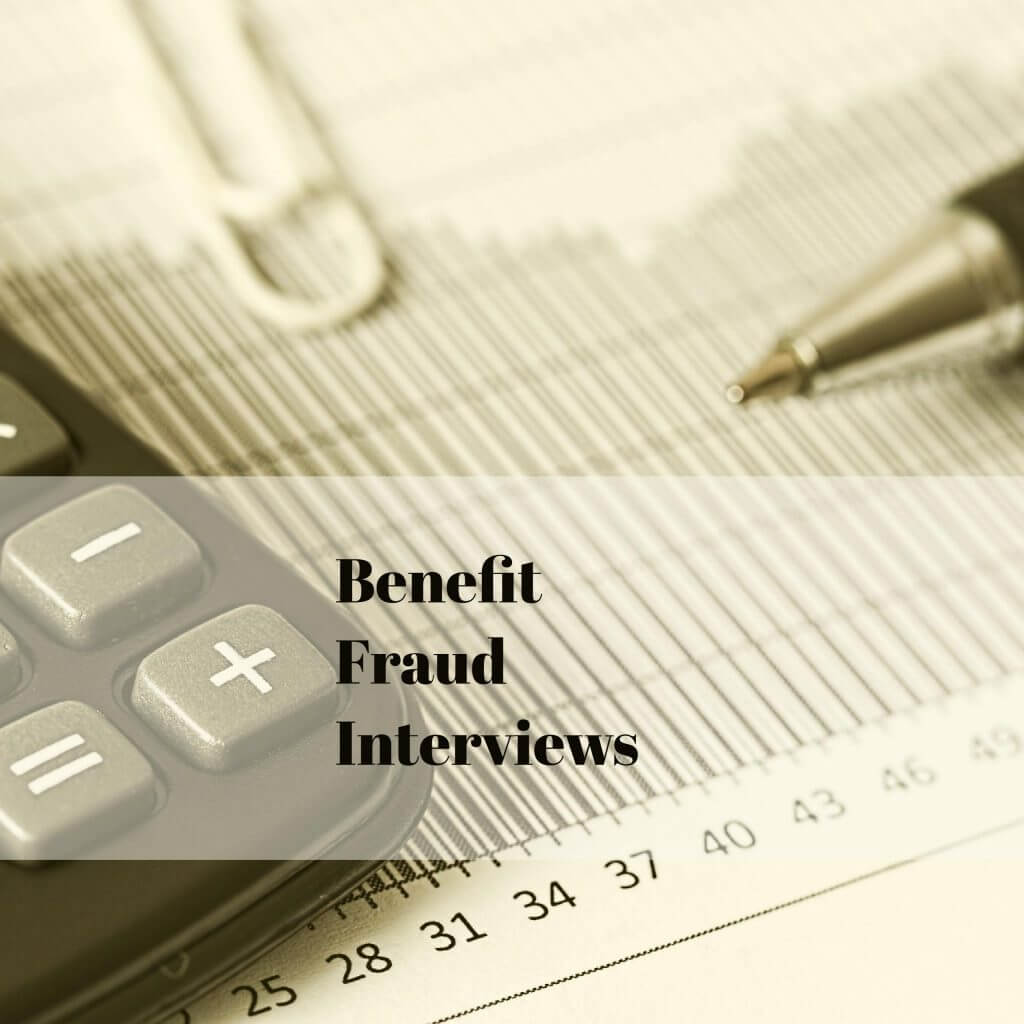 For anyone that has ever claimed any form of benefits, be it Job Seekers...

For anyone that has ever claimed any form of benefits, be it Job Seekers Allowance, Disability Living Allowance (now Personal Independent Payment) or Income Support, the applicant is under an ongoing obligation to notify the awarding body of any changes to their circumstances which could effect their entitlement. A declaration is signed and this can be crucial evidence, should there be an allegation of benefit fraud.

Whether the allegation stems from an anonymous tip off or perhaps proactive investigations, the procedure followed is the same.

Benefit Fraud Investigations are carried out, this can range from requesting documentation from third parties or may take the form of surveillance (which is strictly regulated under Regulation of Investigatory Powers Act (RIPA) 2000). Most frequently it is used to determine if two people are living together when they claim they are not; if they are working, when they say they are not; or to determine their physical condition if they are claiming benefits for disabilities.

What can you expect during a benefit fraud interview?

Most people may be surprised to learn that the Department for Work and Pensions have the power to interview suspects under caution, in very much the same way as the Police would also interview a suspect. Suspects rights are protected by the Police and Criminal Evidence Act 1984 Codes of Practice. This means that they are entitled to have legal representation present.

The DWP often work with other investigative bodies, such as local Councils, in cases where there perhaps are more than one claim, for instance those claiming Housing Benefit. They may also seek the support of police to make use of their powers of arrest and search, where the investigation requires it.

After a suspect has been interviewed, there may be further enquiries which need to be made. The evidence which has been collated is then sent to a Decision Making team. This team will make an assessment of any overpayments which have been made. Once this is quantified, a decision is then made as to how to proceed. This may be a simple repayment, a financial sanction or a prosecution..